When WAH Nails opened the doors of its experimental flagship in the heart of London’s Soho last November, fans spilled onto the streets to check out the new “salon of the future”. The urban, two-storey space buzzed with its Gen Z cult following, crowding around to have a go with the main attraction: a Virtual Reality Nail Designer.

As part of the salon’s “play and discover” area, the installation lets customers put on a VR headset to transport themselves into a candy-floss world and customise their nail art, as matched to their own skin colour. Soon, customers will be able to send their design to the WAH printer to create nail press-ons, order the custom polish online to DIY at home later, or send it directly to a nail technician (after having the chance to share it on Instagram, of course). They can then retreat downstairs for a customised manicure while charging their phone, listening to their favourite TV shows on wireless headphones and sipping a cocktail.

There is a lot of talk around embracing virtual and augmented reality into the physical world this year, especially within the retail space. In fact, projections show close to $30 billion will go toward the adoption of these technologies in the retail sector by 2020. However, the reality is that we’re still early on the hype curve. While more and more physical retail brands are experimenting with these emerging technologies, we’re not yet seeing many implications that manage to go beyond the gimmick. With its multi-sensory, tech-enabled brick and mortar space however, WAH Nails is keeping ahead of the curve and giving us a glimpse into the retail of the future.

“Virtual Reality is an amazing way for us to ‘gamify’ the experience of getting your nails done in a visual language that our Gen-Z customers understand,” says Sharmadean Reid, founder of the WAH Nails beauty powerhouse and well-known London girl boss. “While we wanted to excite our WAH fans who may never have tried any immersive beauty tech before, we didn’t want to create something gimmicky.”

A digital-first mindset has perhaps always been a cornerstone of Reid’s success. Since launching her Dalston salon in 2009 and later a pop-up shop in Topshop, her brand has exploded on social media and transformed the face of nail art culture globally. Addressing a clear recurring problem for both WAH customers and the WAH team, Reid dreamt of creating an augmented reality solution that would help streamline the process of choosing from WAH’s thousands of designs – similar to the filter effects on Snapchat.

Reid approached DVTK, a young Shoreditch-based digital design studio focused on creating cutting-edge solutions for fashion and retail brands, to explore how they could bring her dream to life. While using augmented reality to superimpose a computer-generated image onto people’s hands seemed like the obvious choice, they realised the technology is not yet evolved enough to deliver an accurate experience.

“It was only after exploring what Sharmadean wanted her customers to gain from the experience that we decided to use virtual reality. While it does require you to wear a headset, we knew the immersive technology would allow us to create an experience that could solve this problem creatively, commercially and somewhat magically,” says Pietro Lo Casto, the business mind behind DVTK, a team of three who are quickly making a name for themselves with their work for brands such as Kenzo, Fiorucci and Dior.

Using a Samsung Gear VR and Leap Motion to track the customers’ hands, they created a nail customisation app integral to the brand’s strategy. “As with our approach to creating the WAH VR installation, we strongly believe that new technologies should only be used in the retail space if they add value from a commercial standpoint. It should fit into a brand’s greater strategy of bridging physical and digital,” says Lo Casto.

While 2017 will see more retail brands adopt these technologies to create their own virtual worlds and in-store experiences, they won’t always get it right– and it won’t be for everyone. As Harvard Business Review reported, the barrier to entry for VR is still high for retailers, especially because the general public isn’t yet accustomed to wearing VR devices outside of gaming. However, as the success of Pokemon Go showed us, augmented reality could show great potential in the retail space, considering that any smartphone can be used as a platform.

WAH’s future-facing salon not only shows Reid’s savvy digital-first entrepreneurial spirit, but also that she understands the mindset of her Gen Z audience. Creating an in-store Virtual Reality Nail Designer works because it is part of a bigger brand story that combines digital, physical and virtual realities. It brings customers through the door, giving them an exciting opportunity to immerse themselves with a brand they love in a way that surprises and delights. Most importantly, it uses cutting-edge technology to seamlessly and strategically solve a business problem, and not just create a stunt. 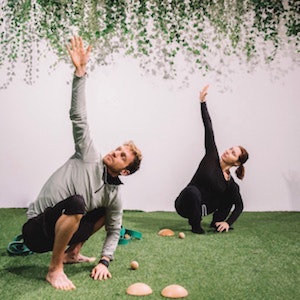 Inside the world’s first organic gym 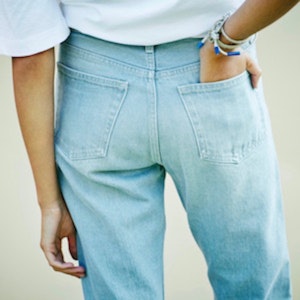 Why these London brands have chosen a pop-up over a showroom for Paris Fashion Week.