For Paris Fashion Week, a group of London-based designers have teamed up to launch a pop-up shop as an alternative to a showroom. The ‘London in Paris’ store aims to help London’s emerging designers and brands get in front of buyers and drive sales during January's busy Fashion Week.

While many brands traditionally open showrooms during Fashion Week, Gemma Phillips who’s managing the initiative believes there’s a bigger opportunity to be had through pop-up shops. “Brands can benefit from buyers seeing their products in a real retail environment. This makes it easier for the buyers to visualise how the brand could work in their own retail spaces.” Importantly, the pop-up also means the brands are able to make sales too. Gemma adds, “Ultimately, we want these brands to be able to see that there’s an opportunity to generate sales outside of the UK.”

The initiative is funded by the Department of International Trade. Reanna Bowman, International Trade Advisor for the DIT explains, "The idea is to help create international sales for these new brands during the showroom and trade show season, in line with DIT's core aims of supporting British companies on their export journey. This space also aims to create a place for buyers to browse without the pressure of a showroom environment.”

A pop-up also solves some of the difficulties of trade shows for young brands, which are notoriously expensive, competitive and not a guaranteed success. “Even if a buyer does place a wholesale order, you can wait six months for it to deliver. Whilst at a pop-up shop, you can take sales there and then,” Gemma tells us.

Paris Fashion Week is arguably one of the most international of all the Fashion Weeks. It brings in people from all over the world, including plenty of tourists. For Gemma, this is important for the brands as it means they’ll be able to get in front of an international audience, not just Parisians. But importantly, she adds, “The city has such a good energy to it. it’s unlike anywhere else.”

Alice Ashby, founder of Blake LDN, who’s taking part in the pop-up agrees: “Fashion Week brings an international crowd, so you have the opportunity to connect with people from around the world. The ‘London in Paris’ store also meant we could have somewhere to meet with buyers and customers in person. With the other brands we have been able share our connections and communities too.”

The ‘London in Paris’ pop-up is located on Rue Notre Dame de Nazareth, in the Marais and right in the thick of the Fashion Week circuit. “It’s where most of the showrooms are located, but there’s also a key retail area so there’s plenty of opportunity to drive sales too,” Gemma says. It seems to be working: TimeOut has already featured the store as one of the top places to shop during Paris Fashion Week.

So who are the brands involved? The ‘London in Paris’ store brings together a collection of brands with similar aesthetics and values. For Gemma, “It was important that they were made in the UK and had some focus on ethical manufacturing. We also wanted to take on brands who were just beginning to think about exporting but didn’t have any wholesale or major retail presence outside of the UK yet.”

The collection reflects London’s eclectic attitude to style, with brands ranging from knitwear designer Blake LDN to unisex denim by I AND ME; modern jewellery by Jessie Harris and Tada & Toy, plus independent magazines and accessories. 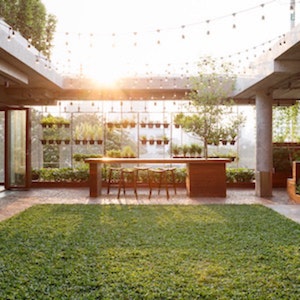 We head to Bangkok to discover The Commons mall that’s become the city’s hippest hangout. 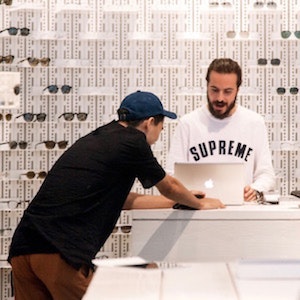 A new study released by IBM & the National Retail Federation found that almost all of Generation Z prefer shopping in bricks-and-mor&hellip;