This week: Q2 numbers are in, and the results are… surprising. Luxury and mass, opposite ends of the retail spectrum, are struggling – leaving prime real estate in their wake. For an independent, what might it all mean?

Articles abound with whiplash-inducing stats these days. Hope you have the headspace for a few more. In a nutshell, some trend-illuminating data points from the second quarter of a no good, very bad year.

• April saw U.S. clothing sales fall 79% – the biggest nosedive on record, yet sweatpant purchases were up 80%. (Searches for “elasticated waist” have also been holding strong). So follows the arc of an excellent piece in The New York Times, tracing the unraveling of the fashion industry while spotlighting enterprising labels and designers forging ahead; like basics brand Entireworld – which has grossed more in the past two months than in its entire first year – or Emily Adams Bode, who credits her survival to her own brick-and-mortar space. “I don’t think we’d be here without the store,” she said.

• Over in England, in-person is making a comeback. The Financial Times reported that online purchases represented a smaller share of all sales last month, suggesting more shoppers are returning to stores. According to a report by the BRC and KPMG, retail sales in July actually increased 4.3% on a like-for-like basis from last year. With restaurants open for just over a month, OpenTable data shows diner numbers are at 85-90% of pre-Corona levels.

• Business is most definitely not as usual, but what’s surprising is more players are getting in the game. Last month saw nearly half a million new business applications filed in the U.S., x2 the normal volume. According to a survey conducted by the UK’s Henley Business School, 25% of respondents reported having a “side-hustle.” Watch out for Z though: 72% want to start their own company.

Let’s be honest, the past few months were shit. But we’re halfway through, and there’s hope for us yet.

What we want and how we buy is (obviously) changing. With giants toppling, opportunity lies ahead.

The luxury fashion sector saw one of its worst quarters since they started keeping tabs. At the other end of the playing field, overextended mass-market brands are also looking to downsize. So who’s left?

• In NYC, national chains reliant on tourists and commuters are even closing down some locations for good. However, Rachel Glass, founder of nail salon Glosslab, is looking to expand, and plans to open seven spots in the city in the next 18 months. Glass told Glossy that she sees “so much opportunity” in terms of bargain commercial real estate, and that landlords have offered revenue-sharing options or smaller base rents.

• With the big brands sidelined, will we see indies appear in their place? "The direct-to-consumer brands are picking pop-ups or small locations or key High Street locations for their brands so that they don't have a portfolio of unprofitable locations," Matthew Katz, Managing Partner at SSA & Company, told Retail Dive. The UK government is also boosting small business, with a weeklong #ShopLocal campaign. Show some love, and tag a local this weekend.

• Uncertain times are a license to experiment. Create & Cultivate launched a “contactless” pop-up concept last month in Los Angeles. Shoppers can browse store windows, and order for pick up or local delivery via Postmates. Chief executive Jaclyn Johnson said she hopes the retail model of an “online, offline hybrid” will outlast the pandemic.

What else will outlast these bewildering times? In an article for Fast Company, Eric Weisberg advised brands to think differently: “Who are your competitors of the future, not the past? Don’t just make your brand a healthier version of what it was in February. This is an opportunity to reinvent it for the world of 2021 and beyond.”

While the phrase “paradigm shift” is an overused one, this period has been – to say the least – transformative. The waters are uncharted, but the proverbial small fish are poised to come after the big game. 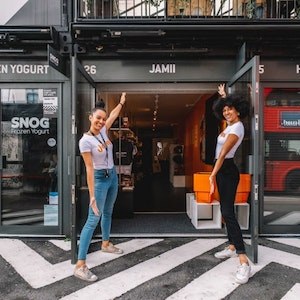 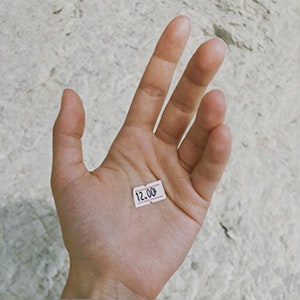 With shopping on the shortlist of things we can actually do outside, how does the surge in social media activity translate to the ph&hellip;