The King's Road has a rich cultural heritage, and a reputation for being at the apex of thriving and affluent retail endeavours. Historically, the location is considered to be a prominent fashion mecca, synonymous with 1960’s fashion, music and luxury lifestyle. It is difficult to resist reminiscing about 1960’s Birkin, Bardot, style icons and rock stars parading down the King's Road in ermine furs, or cruising around in classic Jaguar E-types. It's for these reasons that the contemporary Chelsea high street is an idyllic setting to cast a fleeting retail spectre, by constructing an unforgettable pop up shop.

At Appear Here, we are proud to present the opportunity for you to follow in the footsteps of Biba creator Barbara Hulanicki and Vivienne Westwood by setting up shop at our exclusive new retail space on the King's Road. This immaculate space is set against the backdrop of the opulent architectural spectre of Chelsea, which attract audiences from all over. Recreate the atmosphere of the traditional King's Road haunts frequented by the likes of The Velvet Underground, Sex Pistols and The Rolling Stones.

The exclusive new retail space has a unique sophistication and elegance, boasting an attractive array of neighbouring retailers, including high street regulars such as Orla Kiely, Comptoir Des Cotonnies, and Heals; all of which are in close proximity to our new residence. The large retail space is advantageous, as it comes equipped with two additional rooms at the rear of the shop. There is also the opportunity to use the sizable downstairs storage and office space, staff kitchen and bathroom.

Famous for its epic fashion past, the King's Road attracts a eclectic audiences, including the retail savvy, fashion forward trend setters. Chelsea also attracts weekend family trippers and city workers. The prosperous location is a hot bed of arts, crafts and culture, home to the prestigious Saatchi Gallery, an array of designer fashion boutiques, and if you’re lucky you might catch a glimpse of one of the Middleton sisters relaxing in their prime stomping ground.

Explore our best shops to rent in Chelsea

Top of The Pops Launch

Each week, the Appear Here team pick their favourite up and coming pop up shops for you to visit over the weekend and following week&hellip; 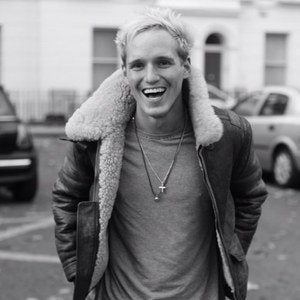 An Afternoon with Mr Laing

Jamie Laing invites us to Candy Kittens HQ, in the heart of Chelsea to spend an afternoon talking about how he started the brand, th&hellip;