Why we’re on the eve of an experiential boom

As ad words become buried deeper, brands are looking to agencies for a sales strategy that can match the heyday of digital campaigns. From flashing banner ads to witty social copy, digital marketing activations were once hugely successful, low cost and easy to package up as a job well done. However, the price of online campaigns is soaring and messages are being lost in the noise. Simultaneously, we’ve seen a shift in how consumers are spending; a staggering 74% of Americans prioritise experiences over products, according to Forbes. Because of these changes, agencies are recommending experiential events as the solution, which are becoming increasingly easier to organise thanks to the availability of spaces and support through platforms like Appear Here.

Nowadays, events can be booked by day, week or month and activated at the click of a button. Brands can be precise about the exact street and then set up at the perfect moment. It’s also easier to monitor and measure the results of these offline campaigns by using new technologies, such as footfall trackers and facial recognition tools. This means clients can rest easy, knowing all the data will be readily available for them once it’s all over. Thanks to these developments, essentially this means agencies and marketers can start running experiential events with the same precision and targeting as a digital campaign. Interested in exploring the world of experiential? Here are some of our favourite success stories:

Traditionally, a drink launch wouldn’t go further than a bus stop ad but Innocent decided their new ‘Bolt from the Blue’ juice deserved more. At the Covent Garden activation, everything visitors could eat and drink was blue. Offering a multi-sensory experience, guests of the ‘blue-tinted world’ could hear ‘blue sounds’ from a blue phone booth, discover the scent of blue through sensory artwork and explore the ‘wall of blue-riosity’ installation. The press piled up and customers queued on a first come, first served basis - results that an ad man could only dream of.

An unlikely collaboration that bridged two industries, IKEA looked to one of the biggest names in fashion to connect to a younger audience. A figurehead for the streetwear scene, Virgil Abloh designed rugs and chairs for the partnership, which launched with a pop-up in Covent Garden called ‘FITTING ROOMS’ to coincide with London Fashion Week. The experiential event encouraged people to touch the products, making the homewares seem more accessible to consumers on a tighter budget than LV would allow. Several items totally sold out.

Coinciding with Día De Muertos (Day of the Dead), Espolòn Tequila launched DEATH, a magazine that pays homage to ‘literary calaveras,’ a 19th century Mexican tradition that still stands today. Every October, Mexicans across the country write sardonic poems dedicated to their loved ones and share the handiwork with newspapers, radio and TV. Celebrity contributors of the new magazine included R&B singer Miguel and Valentina, star of RuPaul's Drag Race. The idea worked because the artform brought communities together and celebrated Mexico’s heritage at a time of year when all eyes were on the country.

As a brand that historically plays it safe, when Tommy Hilfiger launched an interactive pop-up in Williamsburg, New York, ears pricked up. Drawing inspiration from Andy Warhol’s Silver Factory, the brand pulled out all the stops by bringing in local artists, new music and a collaboration with Joe Coffee Company. The creative elements added colour and took the pop-up beyond the restrictions of the traditional retail format that Tommy Hilfiger had always previously adopted. 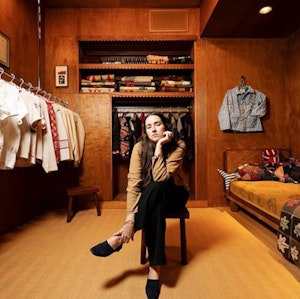 Bringing back bohemia with Emily Bode 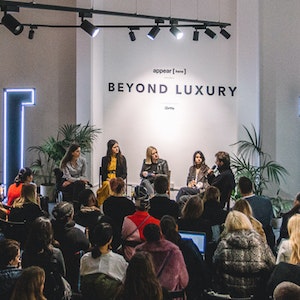 What does luxury mean anymore?

How luxury is adapting to the needs of a new generation