What does Gen Z want from luxury brands?

It’s estimated that, by 2020, 33% of the world’s population will be members of the so-called Generation Z. Following on the Conversed-heels of millennials, Z-ers are those born between the mid-1990s and late 2000s and are increasingly subjected to cooing advances from brands across the planet. And with good reason: an IBM and NRF study estimated that they now wield $44 billion of annual spending power.

Luxury brands have made a good start engaging millennials, with the forebears of Generation Z estimated to be worth 40% of the global personal luxury goods market by 2025. But the two adjacent generations are a world apart in values and outlook; while millennials are claimed to be burdened cynics infused with a soupçon of narcissism (see: Lena Dunham’s generation-defining series Girls) Generation Z are a different beast altogether. “[Generation Z] are smarter, safer, more mature and want to change the world,” says Henry Wallop in The Daily Telegraph. So how are luxury brands engaging them?

“Gen Z represents a break from the acceptance of this global standard of luxury as well as the multi-generational habit of equating shopping with status and self-worth,” says Hana Ben-Shabat, partner at global management consulting gurus AT Kearney. “These new shoppers demand to be seen as unique, reject the very idea of universality in any activity, and demand to have their voices heard.”

This fetishization of uniqueness is one of the driving forces behind behind Depop’s phenomenal growth. Depop recently secured $20 million of Series B funding, with over eight million users using their app where the “world's creatives come to buy, sell and discover the most inspiring and unique things.” It’s the Beyond Retro of Generation Z – vintage shopping on Kombucha – and the place to find some JW Anderson trousers for £30.

“Young people are experimenting with their style. When they use Depop, they want to discover the story behind the item and the creatives who own the shop,” says Taina Vilela, Senior Marketing Strategist at Depop. “It’s not simply transactional, it’s emotional. That means you create a stronger connection with the items you buy.” Taina points to global searches for Gucci belts increasing 590% this January compared to January 2017 as an indicator of the ongoing trend for luxury logos.

The pragmatism of Generation Z – twinned with an eye for luxury – is another character trait that Depop appeals to. “The lack of stability [in the current economical and political climate] and also the realisation that we can no longer indulge in luxury is pushing the sharing economy into becoming the norm,” says Tania. For a generation that wants to own nice things – but not at the expense of miring themselves in the debt that bedeviled their parents – P2P is the perfect shopping buddy.

Depop also relies on the power of influencers, as do countless brands. Adweek estimates global spend on influencer marketing will reach $10billion by 2020, whilst research from Shareable found that branded-content posts by influencers on Facebook, Instagram and Twitter resulted in more than 50 percent more engagement than content distributed in more conventional ways. Influencer-marketing might be a trickier sell for luxury brands and their painstakingly crafted images but when done right, with authenticity, it will help engage a generation born in the age of Google.

The prevalence of a social conscience is another defining tenet for Generation Z: a report by Fuse Marketing found that 37% of them had volunteered or donated in the last year, and that 85% of Z-ers would better trust a brand that supported a social cause. Companies big and small have been heeding this fact: whether it’s the likes of Gucci, Giorgio Armani and Ralph Lauren giving up using fur, or AirBnB supporting marriage equality in Australia.

This contentiousness extends to their traveling too, with an Expedia report finding that 71% of Generation Z respondents said they would take a part-time job to fund a trip. The same report also found that 36% had chosen a destination specifically because they’d seen it posted on social media and that, overall, 76% of Americans preferred experiences to ‘things’. The learnings here are clear and can be broadly applied: make it it real, make it unique, make it pretty, and Z-ers will spend with pride. 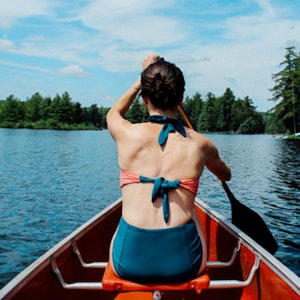 Time as currency: how wellness became the new luxury

For millennials, health is priority, and brands are responding across the board 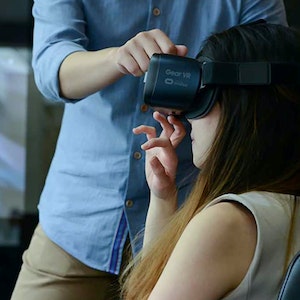 How luxury brands are using AI and keeping it real

AI is being used by luxury brands to improve their service. But how do you deliver that ‘I don’t know what’ only a human can provide…