Only a couple of years ago, people were predicting the death of brick-and-mortar stores. 2016 proved them wrong as many major brands, including Amazon and Google, invested in physical retail. However, the success of these stores lies in them offering what the internet can’t: human contact. That means everything from having great brand ambassadors to guide shoppers around to giving them the opportunity to touch, feel and interact with a product before buying it.

We’ve already seen brands use coffee shops, classes and cocktail bars to encourage their customers to stay longer in store; this trend will continue as retailers turn their stores into community hubs. Brands are spending more time cultivating their communities, to ensure they keep coming back. One way of doing this is by giving customers a place where they can spend time together and do the things they love. For example, fitness classes, movie screenings or workshops in-store. Retailers need to invest in their communities, which means they need to make the whole ethos of their brand accessible, not just their products.

Consumers have gotten smarter. They want to know where their products come from, who makes them – and if they’re being ripped off. They want to associate themselves with brands with a positive message and bigger cause. The success of businesses like Warby Parker, Everlane and Patagonia, who’ve earned their customers' trust by being transparent about their costs and putting their values first, shows how much we value integrity in brands. People don’t just want a great product, they need to believe in the company that produced it. Brands in 2017 will need to stand for something and earn people’s respect.

While the internet has become our mega mall, people are now looking for more edited selections and curated experiences to cut through the noise. This is where smaller specialty stores come into their own. They offer tailored experiences, expert staff, better quality products and often better prices. People don’t want to spend hours walking around huge warehouses trying to work out what they need; they want everything in easy access. Smaller store formats that specialise in doing one thing well, offer a solution.

Online and offline will become inseparable in 2017. As the role of the internet in driving customers to stores and the role of the store in driving transactions (wherever they happen) becomes more apparent. For instance, when the high-street retailer, Petit Bateau, researched their consumer journey, they discovered that 44% of in-store buyers visited the website before coming in and those with the highest in-store basket value did two times more research online. Other companies are proving most online purchases have had an in-store interaction first. In Apple’s case, over 80% of online purchases have had an in-store interaction.

Mobile will also play a big role for retailers in 2017. At Google’s 2016 Think Retail event, Jonathan Alferness, Google’s VP Product Management, spoke about the many ways in which mobile is helping physical retailers. He believes, “[Mobile] is the biggest opportunity for retailers. It is transforming retail at a faster pace than any other industry.”

Go big with a pop-up

While 2016 proved that physical stores have staying power, it was the pop-up that took centre stage. As Vogue describes, “Downtown New York felt like a game of pop-up shop musical chairs, with brands from Glossier to Google opening temporary brick-and-mortar locations.”

Headlines were dominated by major celebrities such as Kylie Jenner, Justin Bieber and Kanye West plus global brands including SnapChat, Louis Vuitton and Chanel getting in on the action. Their limited-time-only pop-ups caused a storm both in-store and online as millions of fans took to social media to share their experiences.

It’s not only the big names who can benefit from short-term retail; many emerging brands are now seeing pop-ups as a way to quickly scale and establish a physical presence for a fraction of the cost of a permanent store. They’ve become a key tool for testing new locations, products and partnerships. The pop-up industry is now valued by PopUp Republic at $50 billion.

The growth in pop-ups is reflecting a change in the way consumers want to shop. They want unique experiences, the ability to purchase one-off items (the souvenir of that experience) and edited selections. Pop-ups tap into many of these emerging retail trends, which is why we’ll be seeing a lot more of them in 2017. 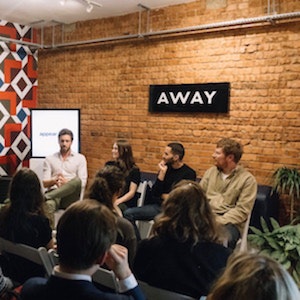 The co-founders of Rapha, Tracksmith, Made.com & ADAY share their advice. 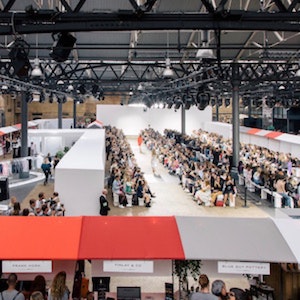