London’s streets to watch: the best from east to west

Forget the best districts in London, we’ve narrowed it down to the exact street you should be considering for your next retail venture. Follow us from east to west as we take you through the streets that should be on your business hit list this year.

Hackney has completely transformed itself in the past few years thanks to a steady flow of new blood moving into the East London borough. Next to Victoria Park, the Olympic Park and Hackney Wick’s artist community, the area breeds a mix of student hipsters and wealthy young professionals who can hit the City easily. As the main vein of Hackney, the best can be found spilling off Mare Street, including the new produce powerhouse Mare Street Market. The space houses a huge variety of businesses, from florists to a podcast studio and everything in between, including rock ‘n’ roll celebrity chef Gizzi Erskine’s first restaurant. This year, Empress Market will inject something fresh into Hackney’s food scene as the British-Pakistani startup looks to launch a permanent spot, too. Further south, a quick bike ride to Broadway Market and you’ll find weekend stalls of artisan produce, one-off fashion pieces and high-end crafts. Near London Fields, Netil House offers over 100 studio spaces for creative businesses. In fact, coworking spaces are in close concentration in this area due to a frenzy of freelancers, and include Second Home and WeWork.

With 'silicon roundabout' and cutting-edge fashion houses moving in, Shoreditch has always been a hub for creativity and innovation. In the past, Charlotte Road and Redchurch Street have had their moments, but with new developments east of Shoreditch High Street, we’re expecting to see a huge increase in footfall through Rivington Street. CitizenM, the Dutch hotel chain, has opened up in the area and Nobu Hotel has just launched a new lobby café nearby. Of course, Shoreditch House is a big draw for roaming freelancers, but it’s now rivalled by The Curtain, which opened one year ago. As for retail, The Bower offers 320,000 sq. ft. of retail and restaurant space to play with, whilst The White Collar Factory competes with courtyard cafés, restaurants and incredible views of the city. From Glove London's boxing gym to Penguin's Women's Day bookstore, we’ve seen an influx in pop-ups on Rivington Street thanks to those Shoreditch scenesters who are always hungry for something new.

Appear in this Split-Level Space or this White-Boxed Space.

North from Oxford Street, Goodge Street means foodies can escape elbowing shoppers in lieu of incredible bars and restaurants. The recent flurry of openings proves it’s the number one place for plating up. This year, Caravan chose Great Portland Street as its next spot and Flesh and Buns is to follow suit. There’s already a whole host of great bars, including Little Nan’s for teacup cocktails, Riding House Café and Mr Fogg’s gin parlour. Even the Japanese market has Fitzrovia in mind as Tokyo-based men’s style magazine, Clutch, will open a retail store and café in 2019. Landlords have been busy breathing life into Fitzrovia with 55 Wells Street providing almost 4,500 sq. ft. of restaurant space, with Rathbone Square’s 2.3 acres following hot on its heels. This year, Fitzrovia is going female as Britain’s first women-only members’ club, Allbright, is set to open its ‘oasis’ on Rathbone Place; a fitting location given the concept is inspired by Virginia Woolf’s Bloomsbury tribe. Nearby, Mortimer House will have to up its game to keep ladies interested.

Appear in The Black Boutique or this Showroom.

Famous for Hugh Grant, carnival and antique treasures, Notting Hill is an area full of wonderful contradictions. Golbourne Road is filled with with international foodie favourites including Snaps + Rye for Danish sandwiches and Portuguese cafés for the best pastéis de natas in the city. It’s a hotspot for old worldly charm – from vintage trinkets to fish market traders – but notable openings have recently added a modern punch to the traditional West London vibe. With exposed brick walls and dark interiors, 108 Garage is a British-Asian delight, drawing in crowds of punters thanks to rave reviews. Sister restaurant Southam Street has also opened on Golborne Road (now known for its killer brunch) not far from the hugely popular Flat Iron. Beyond gastronomy, it seems the neighbourhood is keen for coworking, proven by the introduction of Laylow on (you guessed it) Golborne Road.

Appear in The White Boutique or The Goldfinger Factory.

Perhaps not the coolest of the bunch (yet) but businesses are beginning to pay attention to White City, located in the northern part of Shepherd's Bush. Home to the BBC Television Centre, a new Soho House and the high street retail beast Westfield, there is huge opportunity to make a splash here. The Wood Lane Arches project will transform 31 abandoned railway arches beneath the tube station into retail spaces for cafés and small businesses, which can be rented for short-term periods or three-year lets. Through this renovation, TfL hope to improve the neighborhood’s connectivity via passageways and cycle routes. As for those who have already clocked onto the area’s potential, Pergola On The Roof was hugely popular in the summer for its al fresco dining, whilst Kricket, which has quickly been dubbed London’s hottest Indian food spot, is soon to open. Even the Chelsea landmark, Bluebird, has opened up its doors in White City and Huckletree West are catering to family-focused techies as the capital’s first coworking space to provide childcare.

Appear in this Experiential Space in Shepherd's Bush Station. 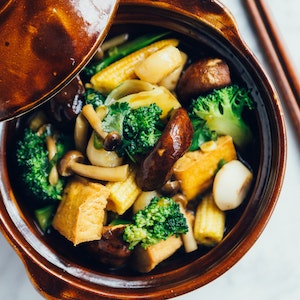 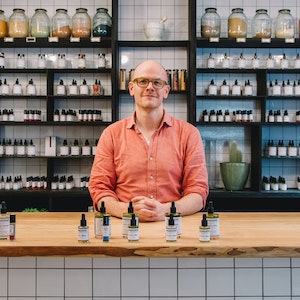