It was Jonathan Pryce’s book, 100 Beards, that first got people’s attention. Back in 2013, the street style photographer made it his mission to capture the best beards in London. Since then, beards, street style and Jonathan’s career have exploded. Now a regular contributor to some of the world’s biggest fashion publications, you’ll find Jonathan scouting the streets at Fashion Week capturing some of the season’s most iconic shots.

2013 was also when we first met Jonathan. Appear Here had just started and we needed a photographer to help us capture how London's different districts for our Destination Guides. So for our New York launch, we grabbed a few minutes with Jonathan to pick his brains on the evolution of street style.

What is it about street style photography that captured your attention?

I studied photography in New York, and it was a huge influence on my interest in street photography. The city was new to me. The energy and visuals were so unusual that they grabbed my attention. As a student, it's easiest to photograph what's in front of you so I would just walk around the city shooting, and it's how my interest developed.

How has the street style scene changed since you've been working in it?

It's changed immensely. Firstly, authentic street style photography is much more rare than it was when I started 10 years ago. Now most of the imagery shown is from Fashion Week. The industry has also grown to accommodate street style at the shows now. I feel like even now, season to season, photographers come and go, the energy shifts. It's constantly evolving.

Which city do you think has the best style?

I love London, even if I am biased. It's fresh, individualistic and has a strong youth energy.

What do you look for in a subject?

It's so hard to pinpoint. Really it's a confidence. Something about the subject that only they have.

Authenticity. I'm more drawn to workwear and street clothing for this reason.

New York is where street style photography originated; where are your go-to areas to shoot?

I think SoHo still has something special, despite its expense. There's no doubt that the best street style is found in Brooklyn though and obviously Williamsburg, but also Greenpoint and Bushwick.

I love the West Village as the stores are small and local. Also I'm a fan of RRL, and they have a great store. Best place is The Space NYC, a storefront, workshop and showroom in Brooklyn. The best craft in NYC with Poglia and Ascari Bicycles.

The best place to people watch?

I love it around Cooper Union.

The Metropolitan Museum of Art (with art included).

What do you miss when you're not there? 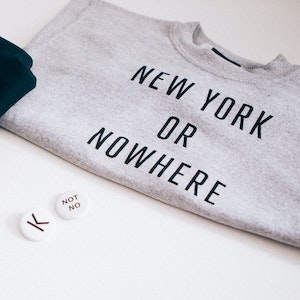 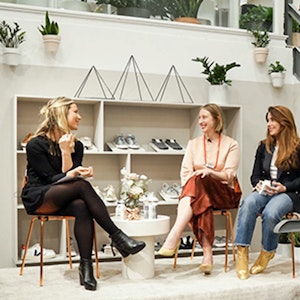