Whether he’s leading cult London label Antipodium, famed for its punchy prints and eclectic references, or working at Topshop Unique overseeing the behemoth brand’s catwalk arm, self-taught designer Geoffrey J Finch has a knack for making witty, surprising, yet wearable clothes. Striking out on his own with new conversational brand Blouse, this time he’s focussing on bi-monthly drops of brilliantly-printed T-shirts and cleverly deconstructed shirts. We caught up with him and discovered that the east London resident’s tongue is still very firmly in his cheek.

Tell me all about Blouse…
Blouse is a ‘contemporary category business’: T-shirts and shirts for all the sexes. It’s a label to identify with. I was thinking about what my friends wore, what I wear and the playful scope that particularly T-shirts allow, and all of the connotations that shirts have. So I decided to make a few and see how I felt.

Who is the Blouse girl/boy?
Me! What is nice about Blouse is that consumers are connecting to it in a much deeper way than anything that I've done before, which is really touching. It's a very conversational brand and people can identify with it. As for 'who's the Blouse girl?', that's far too binary for 2018. It's my friends.

How has the fashion scene changed since the end of Antipodium and the beginning of Blouse?
When I exited Antipodium, I thought: 'Well, if I want to do something by myself I'm going to need stupid amounts of investment and blah blah blah'. Then the world changed again and now you don't have to be all things to all people. It's okay to be niche. That's not to say that down the line I don't plan to expand categories. Knitwear is not far off.

Blouse is ‘mindfully manufactured’. Is that a response to what consumers want?
I can't bear waste, I think it's just awful. Increasingly people are looking for that in consumer products. I think being mindful at every point is a very important thing.

Shania Twain and Divine have both influenced Blouse so far; who’s on your current mood board?
It's florals for spring: frisky florals for fertile minds! There's body painting, there's Hyacinth Bucket. It's always a mixed bag of inspiration – a combination of references and a recontextualisation of those familiarities. Visual clues are where the magic – or the tragic – happens.

What’s so special about the London scene?
It's such a melting pot. There are so many different cultures , even the architecture of the city is such a hodgepodge. It can be a bit bloody hard but that can bring out the best in people: I've always found London really inspiring and felt quite looked after by the industry there. If you give it a go and you have a good time doing it, people are receptive.

How do you choose which stores you want to stock Blouse?
I think this is me getting older, wiser, and increasingly neurotic, but it's about an affinity with people and that they actually understand what I'm doing. They need to be able to convey that in the store. It's a real people business and you have to have that connection because really, who's got time for arseholes?

Where do you shop?
I'm a big fan of designer vintage: my friend Josh has a great store in Dalston called Oh Gosh! which I frequent often. I also love getting to Portobello early in the morning. I'm quite a fan of a market, some days they're Kylie, some days they're Dannii. It's about that thrill of discovery.

What would be your fantasy store?
My fantasy store exists: it’s right at the end of Dover Street in London. It used to be a gallery and it's got glorious big bay windows that look down the street. But I love any number of character spaces; I can't stand banal.

Opening a temporary Blouse store is definitely something I'm aiming to do once I've caught my breath. One of the tenets of the brand is that it's a meta-modern market stall, so having a physical presence would be great. I didn't study design but I've always thought that the customer is a great teacher. It's more about what they don't say. I think being able to watch people interacting with things, and all of the nuances that come with that, are deeply fascinating. 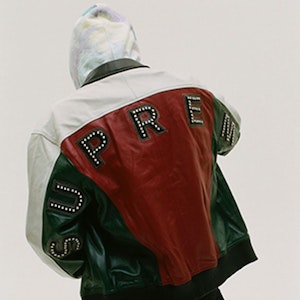 Looking to replicate the success of streetwear? Here's what you need to know... 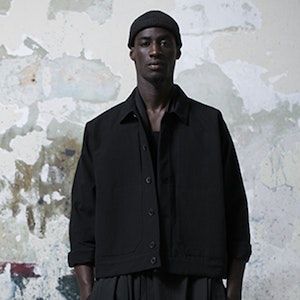