Gone are the days when social consciousness was the preserve of tree-hugging hippies. The world is changing and the market with it. Savvy brands know that people are now interested in where their stuff comes from and what impact it has. Which means that new designers are doing things differently and pushing boundaries more than ever before; from feminism and sustainability to gender fluidity and transparent manufacturing, these are the ones to watch.

The Feminist
Acephala
Polish label Acephala – the name stems from the Greek word ‘akephalos’ meaning ‘headless’ – plays with gender stereotypes and designs conceptual luxury for insubordinate women. Founded in 2014 by duo Monika Kędziora and Bartek Korzeniowski – both of whom have a background in art – this young brand is making its mark with relaxed, almost boyish silhouettes. For AW17 the Warsaw-based duo collaborated with illustrator Dorota Pawlicka on a collection inspired by female protest, while SS18 sees it celebrating the ‘working woman’.

The Unisex One
Bruta
Do one thing and do it really well. That was the philosophy behind British artist Arthur Yates when – with no formal fashion training – he founded unisex shirting brand Bruta. The louche look of his elegant, loose-fitting pieces challenge both gender norms and the formality of the classic shirt. Taking inspiration from the world of art and crafts, and adding a dash of English eccentricity, each piece is embroidered with Yates’s own hand-drawn illustrations.

The Bright Young Thing
Katie Jones
Recieving Selfridges’ first Bright Young Things Bursary was just the beginning for Central St Martin’s graduate and knitwear superstar Katie Jones. A bold and colourful piece by the London-based designer, who has made an art out of turning textile waste into something far more luxurious, will star alongside work from Stella McCartney and Calvin Klein in the V&A’s Fashioned from Nature exhibition this spring.

Streetwear's Rising Star
Noah
The brainchild of former Supreme creative director Brendon Babenzien, New York's Noah has been making waves with its clever elevation of the skate aesthetic and its transparent manufacturing practices. Noah specialised in pared-down high quality pieces, all crafted with responsibly-sourced fabrics and made in employee-friendly mills. With a flagship store on Mulberry Street in Manhattan plus a space in London's Dover Street Market, men on both sides of the pond are falling for this streetwear brand's sartorial simplicity and sustainability.

The Future Heirloom
Cult Gaia
If there was a bag that owned 2017, it was the constantly-sold-out, waiting-list-creating, half-moon-shaped Ark bamboo-clutch from the very aptly named Cult Gaia. But the LA-based brand from Jasmin Larian wasn’t looking for a flash-in-the-pan fashion moment; rather, it aims to create timeless pieces, designed to be cherished and passed on through generations. And with its vintage feel and use of sustainable practices, we reckon the next generation will be pretty happy about that.

The Underwear Pioneer
Les Boys, Les Girls
For its founder Serena Rees, progressive London underwear brand Les Boys, Les Girls is a world away from the out-there-sexiness of Agent Provocateur: the lingerie company that she founded in 1994 and sold in 2007. The hypersexualised images and nipple tassels are gone too, replaced with a much more relaxed vibe: think soft-cupped bras, big pants and slouchy T-shirts. In short, it’s the kind of underwear that women actually want to wear.

The Vegan One
Vegea
Created by Italian architect, Gianpiero Tessitore and industrial chemist, Francesco Merlino in 2016, Vegea is a Milanesen startup that crafts vegan leather from the waste products of wine. Cruelty-free and sustainable, this pioneering fabric made from grape seeds, skins, stems and pulp won the H&M Global Change Award 2017 and will soon to be on display in London’s V&A museum.

The One Rewriting the Rules
Jan-Jan Van Essche
Antwerp’s Jan-Jan Van Essche releases only one collection a year, preferring that his pieces are layered up or down depending on the season. It’s just one of the ways that he’s eschewing the rampant consumerism often found in the fashion industry. He founded his eponymous label in 2010, with a first collection was named Yukuuri: the Japanese for ‘go slowly’. Now his anti-fast-fashion stance, his beautiful, tonal designs, and his sustainable credentials have seen him stocked by the likes of Dover Street Market.

The Family One
Toogood
Sisters Erica and Faye Toogood (respectively a Saville Row trained tailor and a celebrated furniture and interior designer) have come together to create unisex workwear that plays with proportions whilst shining a spotlight on the manufacturing process. Sewn onto the inside of each wonderfully voluminous garment is an identification document, crediting the designers, makers and distributors with a blank space for the new owner so that they feel connected to the process. Look out for the brand’s new denim line launching this season, with pieces made in London using selvedge denim woven in Lancashire 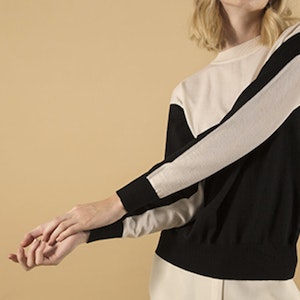 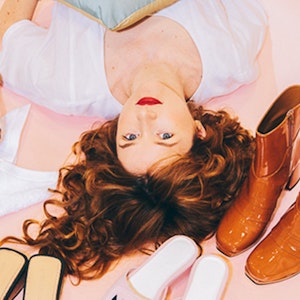 How I made it: Amélie Pichard