What do you do when you’re tired of the way things are done? In the case of Knights Of founders, Aimée Felone and David Stevens, you take matters into your own hands.

Born out of a frustration with a lack of representation for BAME characters in children’s books, the two publishers brought the issue to the forefront of industry conversation; launching an independent publishing company committed to championing diverse characters, authors and illustrators in their editions. After running a successful crowdfunding campaign, they opened their first Brixton pop-up with Appear Here three years ago, and they weren’t prepared for the reaction they received. Selling 500 books in five days, the success of their first venture proved the power of physical space. Now, they have a permanent store in Brixton - Round Table Books - enabling them to give a voice to sidelined communities through publishing.

When did you decide that Knights Of was something that needed to happen?

I’m a publisher first and foremost, I was at Scholastic for three years with my co-founder David and we both left nearly four years ago out of the same frustration with a lack of alternative children’s stories featuring BAME characters. Industry-wise there were lots of conversations, panels and conferences on inclusivity and diversity, but in terms of people actually doing something about it and independent publishers, there wasn’t really anyone. One the one hand, David was trying to make a change on a structural level but getting nowhere and I was experiencing the day-to-day microaggressions, so we both decided to take matters into our own hands and set up Knights Of.

How did you go about setting up your business at the beginning?

First off, we spent a month pulling together our brand and trying to raise investment. Once that was done, we spent the next month writing contracts, developing the product and forming our brand identity so that when we launched in October we had a website and we had our books. We started off with two books in our first year - Knights & Bikes and For Everyone - and now we have published ten!

Was there a defining moment that prompted you to open in a physical space for the first time?

Our first pop-up actually came after the Centre for Literacy in Primary Education (CLPE) published their report that found that just 1% of children’s books published in 2017 featured a protagonist of colour. So we started a hashtag on Twitter #ReadTheOnePercent as a way to start a movement of celebrating the authors, illustrators and character of children’s books. This all coincided with our first birthday so we thought: why don’t we take this online moment offline? So we opened our first space in Brixton with #ReadTheOnePercent as its tagline. We wanted a space to celebrate them.

Can you tell us about how you brought this movement of inclusivity to life?

It was amazing, we had illustrators drawing on walls, we had storytimes, book signings; all concentrated into five days. We had about ten authors come in and had a lot of footfall from kids coming in with their families. We found that there was a real mix of people who ended up coming: we had families from diverse backgrounds who shared our frustrations with a lack of diversity. We ended up selling all 500 books we printed in the five days: we didn’t expect to be as busy as we were!

They were excited about the space before it was even open! It was on a Sunday and there were still mops and buckets lying around but there were children at the doors feeling something was about to happen, asking if they could come in. We also had emotional responses from our community of parents who finally saw people like them being represented in our books. They were also all really interested in us having a permanent space, which got us thinking...

How did you turn your idea to create a permanent bookstore into a reality?

During our second pop-up with Appear Here, we used the press traction to run another crowdfunding campaign; ITV News, The Guardian, The Metro and the BBC all picked up on the story so thanks to the pop-up, there was a lot of attention on Knights Of. I think about a week into the campaign Penguin came forward and made the commitment to match the money that we raised, which led to our permanent space in Brixton Market as part of Round Table Books. It was an amazing way to start 2020.

With so many local libraries shutting down, do you think that spaces like yours will be the future?

I don’t think they should be, I think we definitely need both good bookstores and good libraries. Although having said that, there are children who sit in Knights Of to read because they have nowhere else to go. We don’t have room for everyone but we still offer a space for children to come and read!

What was your biggest insight from opening your physical space?

Find your community, they’ll be the ones who keep you going. Not just financially but in a day-to-day sense. There’s a little boy who comes in absolutely every week and to see the excitement on his face when he comes in and sees a new book acts as a constant reminder to me of why we do what we do. Finding a community and serving them in the best way you can is the key to everything.

What do you think it takes to make an idea happen?

A few things, I think one person can make a successful idea but it’s so important to have a support group who will be encouraging, even when things have gone left. And that’s not just emotional, even physically being present means a lot. When we opened our first pop-up, there was a lot of help needed to bring the actual space to life, but we had so many people who came to help us. That kind of thing goes really far, even if they just wanted to bring a paintbrush and help out.

And finally, what are some recommendations you have for great children’s books?

1.Ruby's Worry - Tom Percival
Ruby has a worry and thinks that ignoring it will make it go away, it’s only when she shares it with a friend that makes it stop growing and start shrinking. This story is as relatable to kids as anyone else of any age also the illustrations of a little black girl with big hair puffs completely has my heart!

2.High Rise Mystery - Sharna Jackson
A South London set murder mystery that has two black sisters as the detectives at the core of the story. Nik and Norva are the perfect duo to drive the story their humour, genius and wit make this book!

3.Black Flamingo - Dean Atta
Black Flamingo is an authentic and inspirational story that explores identity and sexuality that is as tender as it is powerful.

4.Noughts & Crosses - Malorie Blackman
One of the most important books of my childhood. I grew up inspired by the books Malorie Blackman wrote and Noughts and Crosses is a perfect example of why. A story that flips the narrative of power between the races and places the Crosses as the ruling class above the Noughts - at its core it’s a love story that asks what happens when a Cross falls in love with a Nought but it is so much more than that.

5.This Book is Anti-Racist - Tiffany Jewell
A powerful thought-provoking book that challenges everyone who reads it to look at their beliefs, their privilege and consider how change on a societal level is affected by our actions.

Check out Knights Of and Round Table Books online or visit at 97 Granville Arcade, Brixton. 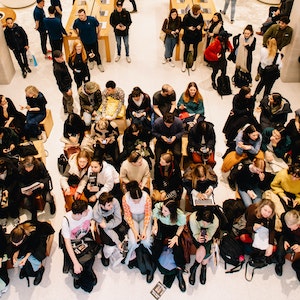 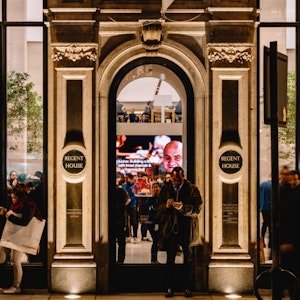