Having a great idea is one thing, but building a brand is another. To do the latter, you need an audience, a message, and, above all, a great communications strategy. This was exactly what built the dream of Syrian chef and refugee Imad Alarnab into a reality.
Once a restaurateur in Damascus, Imad’s life was changed forever when the war came and he was forced to seek refuge in the UK. However, his vision of bringing authentic Syrian community and cooking together was unchanged.

After a meeting with Appear Here and Unicef NextGen, a project was dreamt up to see if together we could make that vision a reality and in 2017 a two-week pop-up called Imad’s Syrian Kitchen opened its doors. Fast forward to today, Imad’s Syrian Kitchen has become a successful catering business – cooking for the likes of Buckingham Palace and Evening Standard’s 1000 most influential Londoners.

For our Today at Apple series, Imad joined forces with Gemma Bell PR to share their learnings of building a brand through effective communication.

From day one, both Gemma and Imad agreed that building a memorable identity was crucial to building a successful brand; hospitality or otherwise. For Imad, this was a journey decades in the making. Having owned two restaurants, coffee shops and juice bars back at home in Damascus, building a strong identity was something that came naturally by staying true to his roots. The rest, he said, fell into place, and was communicated through everything, from branding to interiors to location: “You don’t need to overthink it. My vision was always to share Syrian food with everyone, once I knew that, everything else came very naturally.” Gemma built on this, reminding attendees that revising your brand in the process should be embraced an inevitable part of any journey: “Your ideas will change all the time, it’s ok to make mistakes.”

Imad’s story was just the beginning. The foundations had been laid, and it was Gemma’s job to create a buzz around its opening and make sure it got the attention of the right people. She told us how pinpointing the customer is a key first step in communicating any brand effectively; as it’s something that affects every aspect of your press coverage, price point, and even your location. “Your consumer will impact how you communicate your brand, so it’s so important to figure this out.”

Strategise with your PR

Once you’ve found your audience, you need to figure out how to reach them. How will you tell your brand’s story in the most impactful (and cost-effective) way? As the founder of an agency specialising in communications, Gemma Bell knew how to do this better than anybody, and while she said getting media coverage through a well-written press release was ideal, she revealed how approaching every magazine, newspaper and blog could hinder your brand rather than help it: “Think of where your audience will be, and go there. Don’t go all out and make sure you pitch accordingly; reaching a community effectively can be just as important as lots of media coverage.”

If there’s one thing that Appear Here understands, it’s that a location can make or break a concept, so matching an idea to the perfect space is crucial to getting it off the ground. Imad’s Syrian Kitchen found its home in London’s Columbia Road, away from the busy main roads and a fair walk away from any stations, but this was key to immersing the customer in Imad’s world. “Because Imad’s restaurant was in an interesting location, the journey there became part of the experience”, said Gemma, “Having a space that reflects your brand is so important.” Imad echoed this, recalling how he saw everything about his brand fall into place through having a space that resonated with his message: “Having the pop-up actually helped me name the restaurant because it was so intimate that when you entered you had to walk through the kitchen. The atmosphere from that was amazing.”

If you have an idea you want to bring to life, enter our Space for Ideas competition for a chance to win a free store, designed for you. 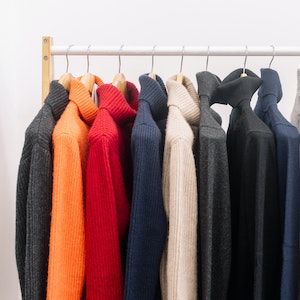 Founders Julia and Daniel on skipping social media and taking their brand straight to the streets. 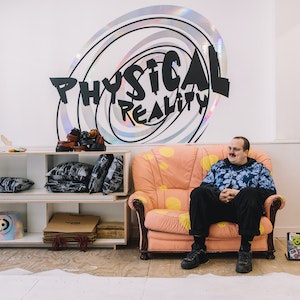