APRIL - Top of the Pops

Top of the Pops this week includes pop up shops from Peekaboo Vintage, YOLKE Studio homeware, WEAR, Sparks London, Milk Tea Pearl and The National Theatre's Propstore pop up bar! Get in touch and let us know what you think.

This weekend, we have some pop up treats lined up for you from David Bowie, Serge DeNimes, Uniqlo, Zoe's Ghana Kitchen, Heresy and It's Not Me It's You.

An Afternoon with Mr Proudlock 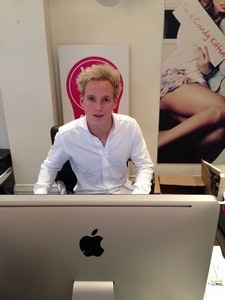 Candy Kittens very own Jamie Laing took over our Twitter to answer the questions of all our sweet toothed followers.