An Englishman in New York: from delivery boy to award-winning restaurateur

Phil Winser is everything you’d expect an entrepreneur to be and more: restless, creative and driven to change the way we eat, one food endeavour at a time. In his early twenties, Phil traveled from the sleepy English countryside to the bright lights of New York. Captivated by its ceaseless energy, he ended up staying. Together with his friend Ben Towill, he launched Silkstone; a hospitality brand, which has gone to create some of New York’s hottest events and restaurants namely, The Fat Radish, The Leadbelly and 58 Gansevoort. It doesn’t stop there, Phil’s now on a mission to ensure New Yorker’s eat and support real food, with his latest healthy fast food business, TYME.

From unknown delivery boy to one of Forbes’ 30 under 30 entrepreneurs, in a matter of years: Phil’s rise to success is the stuff entrepreneurs’ dreams are made of. We caught up with him to find out how he made it happen and where he’s heading next...

Where did your passion for food come from?

Well it all stems from my love for travel, that’s always been a huge part of my life. My family was very involved with the Royal Geographical Society in London, so I was fortunate enough to visit my dad while he was on a lot of his projects.

I tried to spend as much time as I could traveling around the world. What I was drawn to most was how food always brought people together. It was a connector. It didn’t matter if I was in Brazil or remote parts of Asia, this power of food and bringing people together, was amazing to me.

You grew up in a small village in England, what attracted you to move to New York?

My best friend growing up, Ben, was in New York. He was working as a chef and I was traveling around India trying to figure out what to do. I got an email from him while I was in India asking me to come visit. I remember all I had was a little brown suitcase and decided to stop in New York.

I was blown away by the energy of the city and the excitement of it all. New York is amazing. You really do feel like anything is possible here. The big difference of being in New York is that everyone wants to listen to your ideas, everyone wants to hear your thoughts and connect you with other people. So my quick weekend visit led to me staying there for a very long time. Ten years later and I’m still here.

As outsider in a new city, tell us about how you got started?

When I got to New York and started chatting with Ben, who I ended up launching The Fat Radish with, we realised that we shared a lot of core values. One was to connect people with real food. We started discussing the food system and at that time people were going out to restaurants based on how trendy they were and didn’t question where the food came from.

However, there was this kind of excitement starting to bubble around the ‘farm to table’ movement and people wanted to know where their food was coming from, but there was such a huge disconnect. We thought, what could we do to solve this? So we decided to start a food business. We didn’t have visas or funding and it was right when the economic crash was happening in 2008. No one was going to lend money to two Brits abroad who had no guarantee of even staying in the country.

So we took the little that we had and began making connections with New Yorkers through a small delivery service. We bought food at the farmer's’ market and sold soups...I was the delivery boy, and Ben was the cook. After many mistakes and going bankrupt – despite not having the funds to go bankrupt – the phone began to ring. Our break happened when we were asked to provide all the food for New York Fashion Week and off we went.

Sounds like quite a journey, but how did this lead to The Fat Radish?

We did a lot of partnerships off the back of New York Fashion Week. We structured a real business plan and started raising the capital we needed to launch [The Fat Radish]. I remember, we looked at 100’s of spaces, but rent in New York is very expensive and you have to take some risks. We eventually ended up on Orchard Street in the Lower East Side – at the time, there were no restaurants down there at all. People thought we were crazy for wanting to do something down there.

We met an amazing man, a real estate developer, Trevor Stahelski, who since has become one of our closest friends. He believed in our idea and gave us an amazing opportunity with his vacant space on Orchard Street, where he basically tossed us the keys and said, “Listen, try your idea out. Throw some dinners. Get a feel for it. I want to work with you guys, I believe in what you’re doing.” And that was it. The Fat Radish began.

What is it about The Fat Radish that made it so successful?

The Fat Radish’s success was a combination of many things that we were so lucky to be a part of. It was a moment in time. There was never one specific factor that was the reason for anything. What it really came down to was that everyone was so passionate about it. Everyone really believed in the idea. We weren’t afraid of failure and just went for it.

There is no formula for success. I think that’s the issue when it comes to hospitality, people look for that formula, they pay for that formula. There isn’t one though. It’s about being true to the product you are serving. Don’t cut corners. Be prepared to get up and do it again and again and learn from your mistakes.

In our recent Underground Session you mentioned that TYME was one of your first ideas even before The Fat Radish, but one of the last of your ideas to launch. Why was this?

It’s just such a big idea. One of the reasons it’s called TYME is because right now, the timing is right. It’s finally evolved, by that I mean people’s desire to eat good food and our knowledge of the supply. It’s a big question and problem to solve. How do we fix a broken fast food system? It’s taken a lot of careful thought about how to create the right model that really works. And it’s important to get all the factors right before launch.

How important of a role does design play in your projects vs. the product and menu?

First and foremost, when you’re serving or creating something, it’s a combination of everything. It doesn’t matter if you’re inviting someone to a restaurant or someone is buying TYME, every touchpoint needs to be considered. It can’t just be what’s inside it or what it looks like – we need to look at it holistically. And design is crucial to that.

I always like to think of it like a roleplay. When it comes to design or any experience, imagine you are in the customer's shoes. What does that walk through look like? It’s like inviting someone to your home. What are all of the experiences like along the way?

You’ve managed to achieve a lot relatively early in your career, what do you attribute this too? Is there a mentor behind the scenes?

There’s been a lot of people who have had a big influence on what I’ve done along the way. One that stands out to me at the moment is my godfather in London. He has a company called Party Ingredients and I worked there at a young age. He was a mentor to me not just from a business standpoint but also because of the way he viewed food and created experiences both in his company and at home. They have a beautiful vineyard called Nutbourne. I was very lucky to have that real relationship with food from being able to work on the farm there. It was a nice experience and also kept me out of trouble.

What food could you not live without?

Pasta, I love pasta. Pesto pasta is my favorite. My favorite place at the moment is actually in Havana. It’s run by a man named Sergio, he’s an older gentleman who has been in Cuba for a long time. The spot is called Corde de Principe… I’ve taken some serious Italians there and even they think it’s the best.

What do you think are the key ingredients (forgive the pun) for a successful food brand?

Well, focus on the ingredients, primarily. Food is something that is real, it’s not a trend. Let the food do the talking and be completely transparent about what you’re sourcing. Simplicity goes a long way, don’t over complicate it.

And finally, mantra to live by?

We have a few. One of my favorites is, “the more you know, the less you need.” We also really believe that you should always look back in order to move forward. 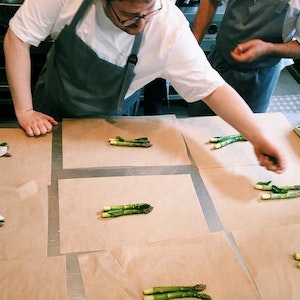 Building a restaurant from pop-up to permanent

From street food to supper clubs to the world’s leading restaurants, the pop-up phenomenon has changed the rules of the restaurant business. 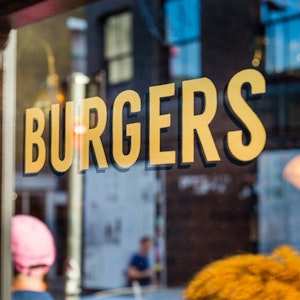 There’s a very fine balance between finding success and losing your identity – here's how to navigate it.