Every successful restaurant owner will know: there’s a very fine balance between finding success and losing your identity. Wherever you look in cities around the world you see cautionary tales of restaurants that have expanded too quickly and lost their way, cafes that have prioritised speed and profit over integrity and quality. If you lose the essence of your brand, and lose sight of what made you popular in the first place, your hard-won following will quickly get bored.

Quite simply, in a world with this much competition and thousands of restaurants vying for attention in every city, you have to always be one step ahead and in complete control of what makes your restaurant special.

And from New York to Paris to London - this competition is only getting tougher. So how do you keep ahead of the curve, push your brand to new places, and maintain that independent edge?

How To Grow, The Right Way

When you get your first taste of success it’s easy to get caught up in the hype and throw everything into capturing that momentum. But as good as it can feel to be moving at speed and jumping at every opportunity, it can cause you to lose sight of what you’re trying to do. And, crucially, take unnecessary risks.

Martin Morales is something of an expert when it comes to growing the right way, having established the successful Ceviche and Andina independent restaurant group. “We’ve grown organically fast, and managed to avoid sloppy growth – with no big mistakes” he says. And crucially, Morales says he achieved that by making sure his team worked as one cohesive unit, always knowing what they were trying to achieve. “It’s key to make sure everyone loves where they work and feels excited about it and the environment” he says. “You need to engage your team and make sure they share your values, from how they care about the ingredients we use to how they build relationships with customers to how they keep the restaurant looking great - it’s as simple as that.”

Joe Grossman is another food entrepreneur who’s delivered a successful expansion strategy across London with his burger chain Patty And Bun. “Don't get complacent - that's the death trap” offers Grossman as a word of warning to others hoping to expand. “You always need to be pushing the boundaries and trying to improve on all fronts. But growing too quickly when the foundations and the fundamentals of the business are not fully set or in place will simply highlight those inefficiencies and you'll end up going backwards instead of forwards.”

Often, the punters who form your most devoted following will do so because they love great food but also because, in today’s chain-dominated world, they like to feel they’ve found something unique and special. So as you’re growing, you have to ask yourself how you’re going to maintain that independent vibe - and not seem like you’re just replicating your initial offering all over the city.

With four unique destinations within Ceviche and Andina, Morales and his team are pioneers in this field. Each of their restaurants - Ceviche Soho, Ceviche Old St, Andina and Casita Andina - offer different menus, design, atmosphere, music and experiences. And that’s how they’ve managed to maintain the level of excellence for which they are known for – backed up by all the group’s restaurants being Michelin Guide listed, winning innovation, sustainability and best employer awards, and being awarded their first AA Rosette Award.

“Each restaurant explores different aspects of Peru’s food, history, music, contemporary art and culture” explains Morales. “Ceviche Old St is a live music and DJs venue as well as being an art gallery and a world class restaurant. Casita Andina pays homage to the food of Cusco and also to the fashion and textile heritage of Peru and Ceviche Soho is inspired by the rock n roll bands of Peru and the coastal cuisine of the Pacific. There’s so much in Peru that is inspiring that we draw from - in the creation of dishes, drinks, design, events and arts.”

Grossman has used a slightly different approach, keeping the Patty And Bun name consistent across each location. It’s the same concept - but with slightly different variations. For example their Liverpool Street location offers fast service where you can order at the counter. With an open kitchen it’s very much focused on speed to cater for the quick paced city environment. Meanwhile, their new Notting Hill spot offers an impressive cocktail menu and a big sharing table for 20 where customers can sit back and take their time.

Across the channel another business who’ve mastered their expansion plan is Big Mamma, a very successful Italian restaurant group in Paris made up of two Frenchmen and 238 Italians. Each morning since they’ve launched the team have asked themselves how they can create the best, most convivial Italian restaurants in the French capital. And this relentless ethos has paid off: in less than two years they’ve opened five restaurants.

They made a decision at the beginning to create a completely unique restaurant in each new location. Unlike other players in the sector, the duo would not be satisfied creating the same concept at different addresses, or even franchised .

The first, East Mamma, is a trattoria, while Ober Mamma serves more aperitif and cocktails. Mamma Primi, dating from September, highlights fresh homemade pasta. The Biglove Caffè, opened at the end of 2016 in the Marais, has taken a different approach, with a continuous opening from 8 am to 11 pm and the possibility of taking a brunch at any time. "We leave for every project a blank sheet as if it were the first," says co-founder Tigrane Seydoux. And with an average turnover of 4 million euros at each of their restaurants, they are clearly doing something right. But they don’t intend to stop there: "We want to continue to surprise.”

Meanwhile, one of New York’s most adored restaurants, The Smile, has expanded to four locations in the past eight years. With it’s growth, each location functions differently - whether it’s a sit down restaurant, grab and go or a coffee shop within popular Milk Studios. The interiors and food concepts vary from space to space, but they all stick to the same core values with the teal accents and healthy, mediterranean-inspired cuisine. It’s a theme the busy city can’t overlook.

Stay True To Your Values

And there’s something else to remember that applies not just to expanding a food business, but to every aspect of every business: and that’s what remembering what’s important to you and the values you built your brand on.

Whether your mission is to always use fresh seasonal food, or to support the local community, people today can smell corporate influence from a mile away and these things have never been more important. Consumers are savvier than ever before, so don’t compromise your values: it comes at a much bigger cost than just the balance sheet.

Matt Kliegman of The Smile believes that when it comes to restaurants, “it’s great to be someone’s local. You see that person every day and develop a friendship that extends well beyond just serving them their coffee and pastry.” (Bond Street)

There isn’t a one size fits all solution, and what’s right for one business isn’t right for all of them. This is particularly true in the case of big cosmopolitan cities: for instance, just because a particular area is enjoying a swell of popularity with new restaurants fighting for a spot there, that doesn’t mean it’s right for everyone.

And nothing screams expansion for the sake of expansion quite like a new restaurant with no charm. Grossman gets round this by constantly looking out for new opportunities, but never chasing locations that don’t align with the businesses core principles. “It's important to have a clear vision of what you want to achieve from each specific site and how that site will operate and work in the target area” he suggests, “as fundamentally you're offering isn't going to work everywhere.

Morales agrees, saying the only way to grow is with carefully selected restaurants that have heritage and personality. “All our restaurants are in fascinating buildings and places with so much history” he says. “The place will have an aura, or a spirit that’s already there. If the place has existed for a hundred years - it will exist for another hundred and we love to respect that heritage.”

If your new destination isn’t adding value to the story you’re already telling, then you’re just providing the same food and atmosphere at a different address. That’s just not what the experience-hungry modern consumer wants, and it won’t engender loyalty.

And finally, as you continue to grow your business, it’s worth considering using Pop Ups to test new areas and new concepts - because ultimately you have to change in order to grow. You may also find you need to partner up with others at this point, so it’s important to think about who you want to be associated with. Don’t just get into bed with the first company that offers you money to help you expand or the first location you see. It all needs to build into the story that made people fall in love with you in the first place.

Ultimately, expansion is an opportunity to push your boundaries and see what you’re capable of. Whether it’s with different events, collaborations or launching in new countries. Martin is a big advocate of this: this month he and his team are putting on a one-off event called Turning The Turntables at Ceviche Old St. On Saturday 24th June, from 5pm to midnight, top DJs and top chefs, in collaboration with Martin and his team team, will cook up their favourite dishes and turn their hands to the decks. Featuring DJ Yoda, Neil Rankin (Temper), Daniel Willis (Clove Club), Hemsley & Hemsley, Mr G, Jacob Kennedy (Bocca di Lupo), Carl Clark (Chick ’n’ Sours) and Andy Morris. This will be a brilliant party combining the best of London's music and food scene in one night.

So there you have it: keep growing, but always keep surprising and delighting your fans. Invite them on your journey with you. 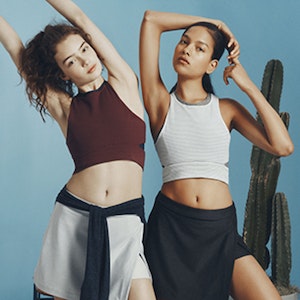 The new rules of modern luxury

Is luxury still relevant? We look at what the next generation wants from luxury brands. 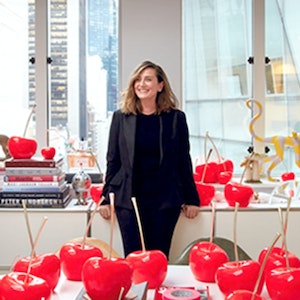 The visual image director of Louis Vuitton shares her secrets to their fantastical displays.