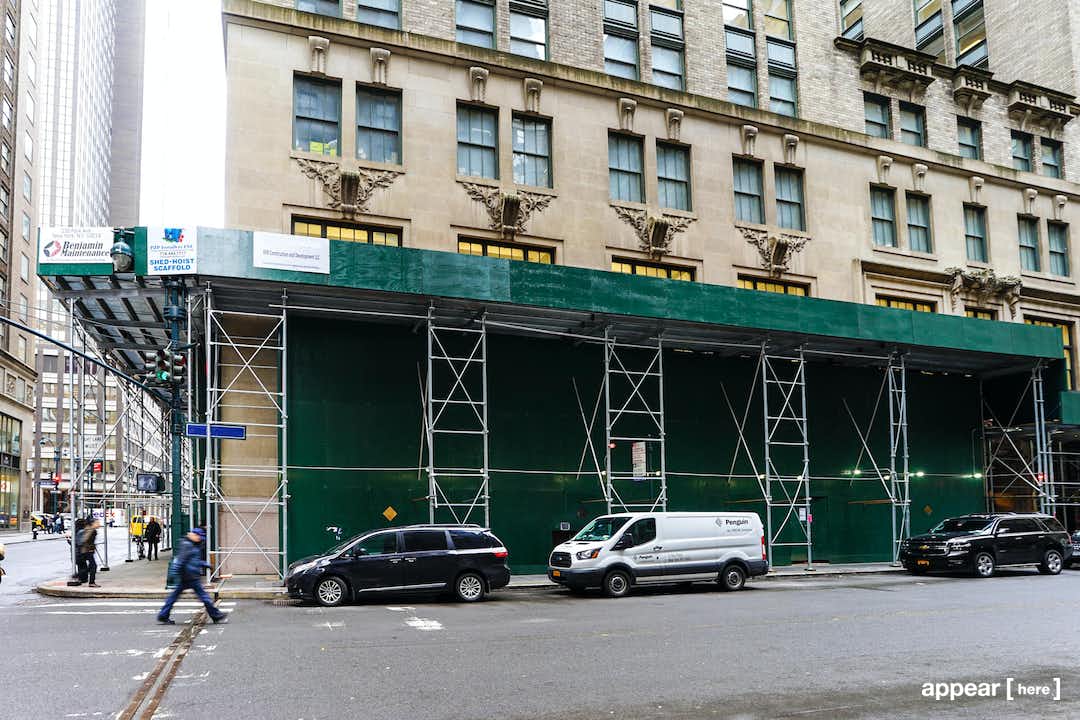 Midtown Manhattan is home to some of the greatest architectural landmarks including the Chrysler Building, which looms large over this part of the city, and the famous Rockefeller Center with its sprawling central plaza. On Park Avenue, a few blocks away from the Waldorf Astoria and directly in front of the sky-high MetLife Building, the refined and historic Helmsley Building is the site of this giant ground floor retail space.

Tourists are attracted to the bright lights and big city vibes, and professionals work in the many office skyscrapers in Midtown. The Helmsley Building is right next door to the major transit hub of Grand Central Terminal, which transports hundreds of thousands of commuters and tourists into Midtown every day. Two blocks over on 5th Avenue is a shopping mecca with department and flagship stores lining the wide city blocks including Saks Fifth Avenue, Cartier, and Versace. Grand Central is about a five-minute walk away.

The Helmsley Building is home to a wide range of other businesses like the food hall Urbanspace Vanderbilt, the ever-popular Roberta’s Pizza, and business-centric steakhouse Bobby Van’s.

The space is gutted and under construction, but the location itself is well-trafficked at most times of day.