While there have been some unexpected retail hits of 2020 – Crocs demand increased 48%, LED strip lights flew off the shelves, political book sales boomed – what may prove more revealing is an analysis of this year’s losers.

• Major legacy retailers, from Brooks Brothers to Bergdorf Goodman, have filed for bankruptcy. In terms of shopping centre square footage, the U.S. is “over-retailed,” according to The Study by 2PML. Translation? With 25% projected to close by 2025, malls are in trouble and need to reinvent. The biggest one of all, The Mall of America, is now hosting a holiday pop-up called Community Commons, featuring products from local businesses. Taking a page out of the DTC playbook, we see.

• It’s unimaginable that Amazon is down by any measure, and yet… “Perhaps the simplest way to express what has happened during Covid is…that Amazon has actually lost share in e-commerce,” wrote Gavin Baker, CIO at Atreides Management, in a Medium post. Baker also noted that “the world's largest, most sophisticated e-commerce companies are all opening stores. Lots of stores.” Take Nike: after nixing a pilot e-commerce program with Amazon last year, it recently reported an 83% surge in online sales, and just opened two new doors in New York.

• The global travel industry is set to lose over $1 trillion this year. Without much in the way of experiences to be had, it looks like we’re spending that cash on, well, things. Retail appears to be stabilising in both Europe and the U.S., with the latter seeing a September sales increase of nearly 12% from last year. “A lot of Americans are saving money by not commuting, vacationing and socializing and some of this is being transferred into retail,” Neil Saunders, MD at GlobalData, told Retail Dive. It’s called retail therapy for a reason.

Amidst all the devastating loss, there is still reason to celebrate gains. 27% of small business owners surveyed by Bluehost have turned a passion into a business during the pandemic. Some online-only enterprises have seen such a boost in sales this year, that they’re readying to dip their toes in brick-and-mortar, reported Modern Retail.

A FORK IN THE ROAD

Economists are forecasting a deepening divide between winners and losers, with a K-shaped global recovery. (Not to be confused with K-pop-shaped, but we digress). What that means is anyone’s guess, but as always we’re looking at macro-shifts today in an attempt to better understand the retail landscape of tomorrow.

• Are we all just going to seek comfort and chill out? “We’re seeing consumers turn away from relentless productivity… and focus on pleasure instead of optimisation,” wrote Holly Friend, senior foresight writer at The Future Laboratory. “In a backlash against the workplace burnout we’ve been experiencing for many years, we’ll see more people embrace ‘slacker culture’.” That tracks with the jump in CBD consumption, with the London-based brand Love Hemp reporting significantly higher demand post-COVID.

• We’ve undergone some major societal transformations. If luxury is supposed to represent our highest (material) aspirations, then what does that look like now? It’s less about overt displays of wealth, and more about an expression of our values. We’re getting pickier, more aware, and mass-averse. “We gravitate towards communities and brands, or both, that cater to our niche tastes,” wrote brand strategist Ana Andjelic in her substack, The Sociology of Business.

• And who better than micro-tastemakers to show us what we want. “Influencers are like the new catalogue,” Ty Lynn Nguyen, told Vogue. Yes, “influencer” is a gross term, but the observation that “Influencers Are the Retailers of the 2020s” is an apt one. The most interesting opportunity is in the need for a curation of products and services previously offered by now-defunct department stores. “Maybe that’s a pop-up shop filled with an influencer’s favorite brands—something that could become easier and more affordable as retail spaces empty and rents decrease,” concluded Emily Farra.

When one door closes, another opens, as the saying goes. When Belgian fashion designer Dries Van Noten heard Opening Ceremony was leaving its Los Angeles space, he knew that would be the location for his first U.S. store, which opened earlier this month. It’s as much an exercise in discovery as it is a retail outlet. “You don’t always have to come to the store to buy garments, you can also come to discover something about food, art, music and other beautiful things,” Van Noten told Vogue Business. All things we are (mostly) in short supply of.

In the before times, it may have seemed like we were winning – but at what cost? In a world turned upside down, we’ve got to learn how to lose. 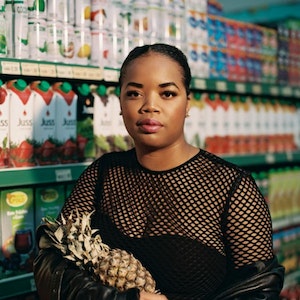 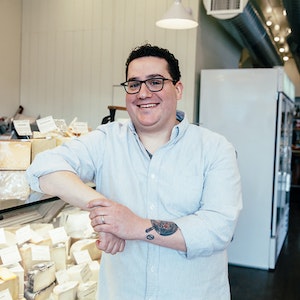 How Foster Sundry served their Brooklyn community under lockdown