Top of the Pops - 24th October 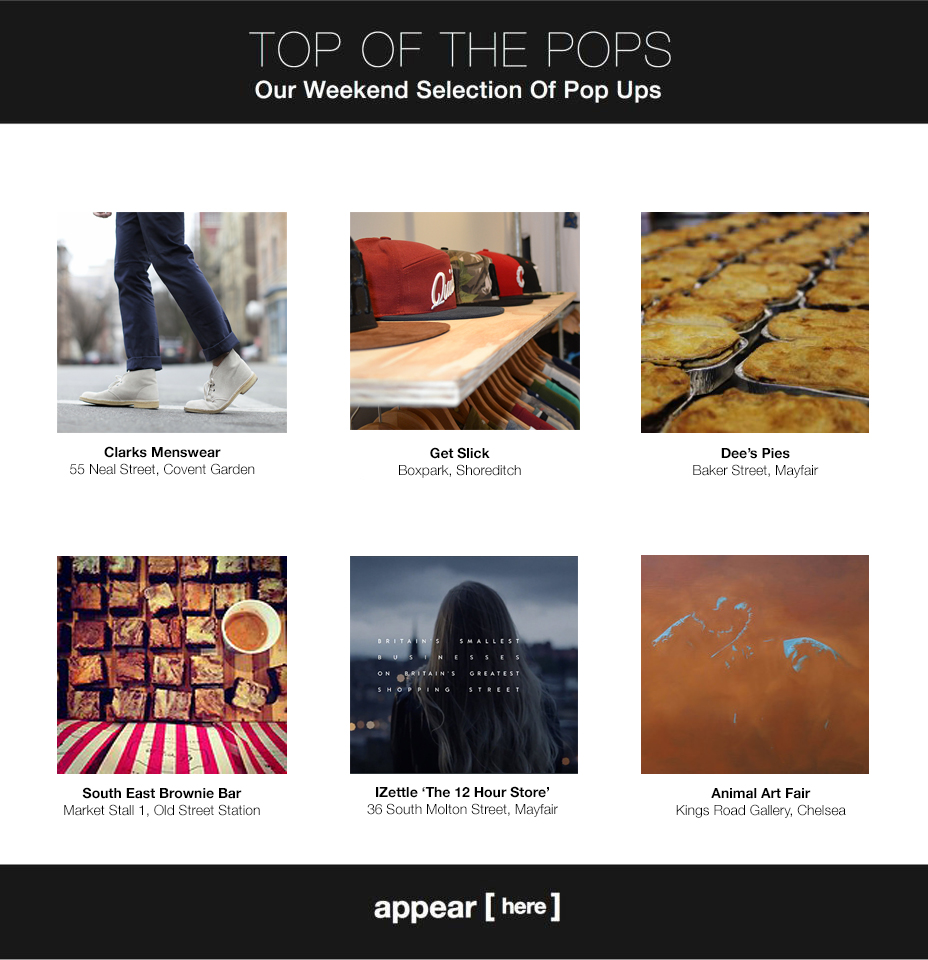 After Dee entered a pie competition and won it by a clear mile, the awards have come in thick and fast and Dee found himself spurred on a search for the Perfect Pie. A strong believer in the quality of ingredients and the knowledge of the importance of British products in the market place, Dee makes sure his pies contain top quality, locally sourced meat. Great news for people living and working around Baker Street as Dee has just popped up his pie shop right by the station!

Clarks has launched its first dedicated men’s pop up shop. For three weeks Clarks are opening up in Covent Garden and stocking the AW14 mens collection. Positioned on 55 Neal Street in the heart of Seven Dials, the store is inspired by the union of Clarks’ craftsmanship and contemporary design. Clarks has been making footwear since 1825 but this is the first time customers will be able to shop from a standalone men’s store. Make sure you visit before it disappears.

The South East Brownie Bar describes itself as offering a delicious variety of properly bangin’ brownies. Flavours include (the peoples favourite) Salted Caramel, and exotic combos such as Mojito brownie (part of the exciting cocktail range). Fans of our South London born brownie brand are hooked; get involved.

Get Slick houses a number of brands under its roof including names like Akomplice, Drifter and Less Taiwan alongside British staples Addict and King Apparel. The brand manager commented, ”Boxpark was just an opportunity for us that could not be missed, the area has some of the best crowd and atmosphere in London at the moment. The popup aspect of the mall allows independent stores like ourselves the opportunity to deliver what we are not only passionate about but also some serious quality gear that commercial stores don’t want to support.”

The Animal Art Fair presents "Horses in Motion", the new collection of oils by Michelle McCullagh. Riding and drawing horses is a joint passion for Michelle who is currently exhibiting her work in the Kings Road Gallery. The racehorse and gallops provide Michelle with the majority of her material for this thrilling new body of work. The Kings Road Gallery also used to be a stable so there’s no better fitting place to view her work in.

iZettle are launching 'The 12 Hour Store,' which will give 6 small businesses the opportunity to launch in one of the busiest shopping districts in the World - 36 South Molton Street, Mayfair. The 12 Hour Store will be open for 6 days, from Monday 27th - Friday 31st October. Each brand will be able to appear in the store from 9am to 9pm. At the end of each day the shop will be transformed for the next brand’s idea. 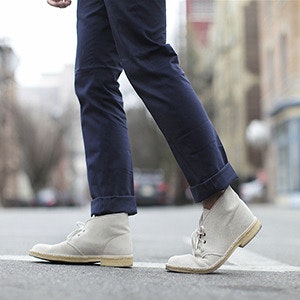 Clarks has appeared in Covent Garden with its first menswear store 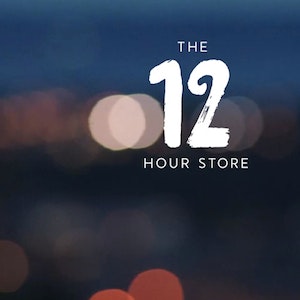 Get it before it goes, there's a free shop up for grabs on South Molton Street!