Top of the Pops - 17th October 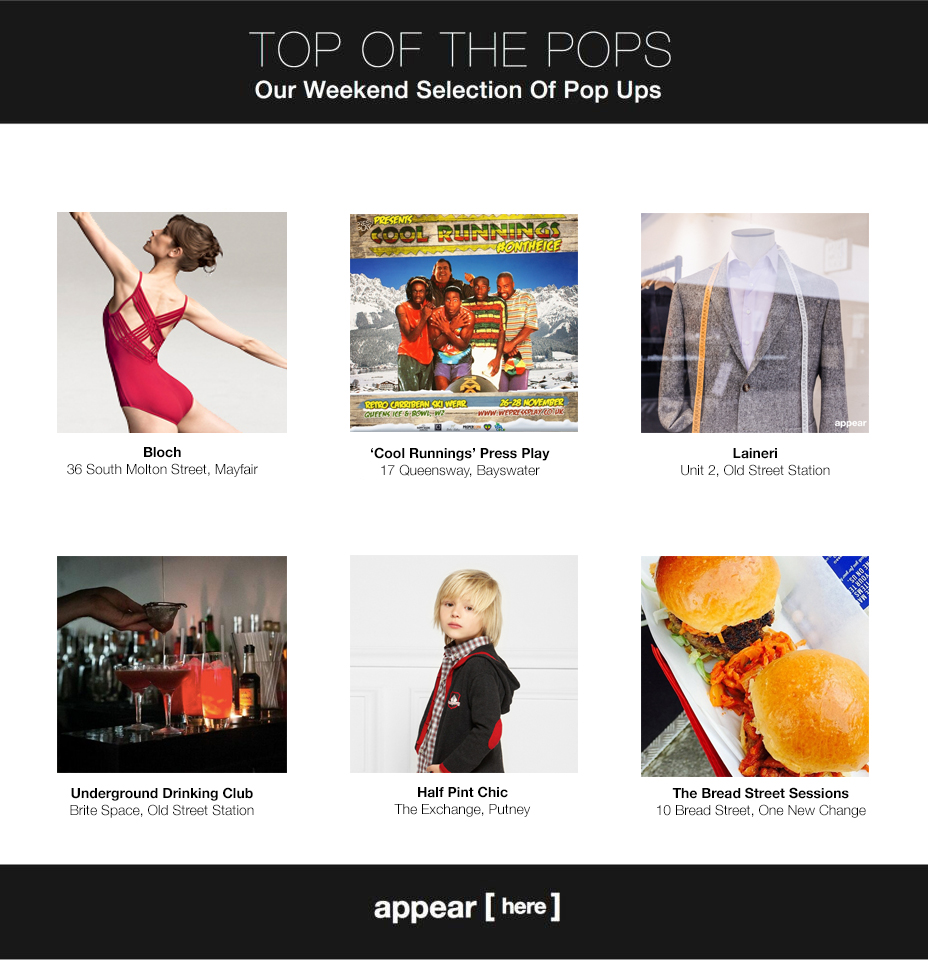 The immersive film company returns with an event on an ice rink… yes, an ice rink. Come prepared for the cold, dressed in ‘Retro Caribbean Ski Wear’ as this time they’re are screening the classic Cool Runnings. On arrival guests are greeted by a host of fun-lovin staff on and taken to “Jamaica” where a selection of rum cocktails will be on offer at 'The Duppy Bar', along with Red Stripe, Ting and Old Jamaican Ginger Beer. Shake your shoulders to the reggae vibes, munch some delicious Jerk from the 'Dubjam Shack', practice your sled technique in the bath and along with a host of other activities even get your hair braided Caribbean style!

Half Pint Chic - The Exchange, Putney

Half-Pint Chic was started in 2011 and has since been dedicated to sourcing gorgeous childrenswear and offering it at a fantastic price. Everything we sell is 100% genuine, as we work directly with the brands, but everything is offered at a discounted price to you. You won't find current seasons collections on our site, but you will find fabulous brands with prices up to 70% off RRP.

Bloch is launching it’s first pop up shop on South Molton Street. The company was founded by in the 1930s by the craftsman Jacob Bloch, who made his career producing exception hand-made point shoes for revered ballet dances worldwide. So successful was Jacob, that a full dance range quickly followed. Since that time, the rapid growth of Bloch’s reputation has established the brand as one of the most trusted in the industry. Three generations later Bloch is still in the family hands and as an industry leader Bloch boasts to have the Dance DNA in every pair of shoes they make. Visit the store to find out.

Underground Drinking Club returns in collaboration with Russian Standard Vodka for their second installation of a series of intimate drinking experiences housed in Old Street Station. The Drinking Club is part of the Brite Space pop-up - they are inviting guests to book in for a 2 hour session, where they will be waited on by a handful of London's most renowned mixologists who will create a selection of bespoke cocktails for you and your guests. No menus, no recipes, just a mixologist and their creative licence to bring you innovative and outstanding cocktails!

Lanieri have returned to Old Street for their second pop up shop! Lanieri developed an algorithm which is able to translate 10 body measurement into the measures necessary to the tailors to turn fabrics into the final garments.Using a 3D body scanner and a digital library of customised options, Lanieri have rewired the tailored suit. Although Lanieri started out solely as a web company, it is now in the business development stage. They’re using pop up stores to acquire and build customer loyalty, and boost exposure in new countries. They kicked off their campaign in Milan - they’re currently in London - and next stop Munich… 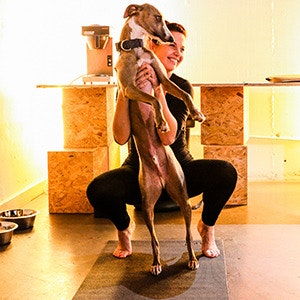 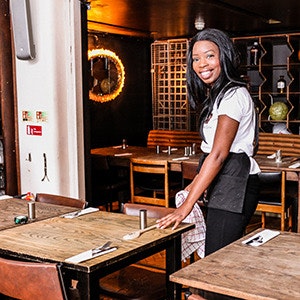 Top of the Pops - 10th October

From ping pong in a doodle bar to dog yoga in a station... Discover this week's top pop ups!