It’s an exciting time to be a young craft brand in London. The craft and design industries are having a real moment, as people are discovering a greater appreciation for the old ways: where quality is valued over quantity, where the provenance of the product and the story of the person behind it matters more than ever.

Here’s their advice for how aspiring makers can turn their passion into a full-time job and what young craft brands need to do to stand out in an increasingly crowded market.

If it’s all you can think about, it’s time to quit the day job.

Stine, Sophie and Anna all quit their jobs when their passion for making took over. Stine, who previously worked in the City as a business crime lawyer, recalls “I had started doing an evening course in ceramics and pretty quickly it was all I could think about. At the time, I was feeling pretty disconnected from life, and I wanted to do something I felt passionate about. I quit my job, and I haven’t looked back.”

Sophie was working as a trends forecaster when she was suddenly made redundant. However, that became her lucky break. She remembers, “I despised my job because I was sitting at a computer all day. When I lost my job, I embarked on ‘Sophie’s summer of fun’ using some savings I’d set aside. This gave me some breathing space to decide what I wanted to do next. I did a bushcraft course and fell in love with woodcarving. I found it therapeutic working with wood. Next thing I knew I was buying an axe!”

For Anna, her breakthrough moment came when the bags she had started making for friends as a side project, started picking up demand. “When people started telling me they wanted to buy them, I realised this was more than a hobby, it was something I could do and support myself,” Anna explains.

At the start, be prepared to make sacrifices.

Setting up a craft business is tough especially in London where studio and living space is expensive. Sophie got around this by living at her parents’ house and working from their garage. “I needed to do that to keep my overhead down at the start. It helped that I was using reclaimed wood that people donated, so I didn’t have to spend much on materials. When I was ready to move out, it took me almost six months to find a studio space. Although I'm out of the garage now, I am still living at my parents. But I can’t complain because I have the freedom of running my own business - choosing how I work and when.”

You don’t need a huge team to make a difference.

When asked about how they planned to scale up their business, most of our panelists were keen to stay small. Keeping their work for themselves. Sophie explained “essentially it’s because I’m quite selfish. I do just want it to be me for now. It’s the time we live in now that allows me to do this. You can create something amazing by yourself. I have a website built through SquareSpace, which means people can discover me from all over the world. There are also so many free tools you can use to help out.”

Anna adds, “A year ago, if you’d asked me what my plans were for the future of my company, I would have been like, ‘I want to be stocked in a thousand stores and I’m going to be a global brand. Now I realise, I’m much happier keeping it small and doing it my way. The only bits where I’ll seek more help is where I’m less knowledgeable, such as on the admin and marketing side.”

Do one thing well, and you’ll stand out from the crowd.

With the maker movement gathering momentum there’s an increase in competition. Stine used to get worried about the influx of new ceramic brands out there, many of whom were creating products very similar in style to hers. “A year ago it did really worry me,” Stine admits, “but I had a word with myself and decided to keep focusing on what I love doing and forget about the competition. I think doing that has really helped me stand out. People know what I do comes straight from the heart and my products mean everything to me. I don’t get sidetracked by other projects - I just do one thing really well.”

It’s not just about emulating the old ways, you need to be relevant.

Mark warns against people trying to completely replicate the old ways of doing things without thinking about how they can still be relevant today. He shared an example of this from a recent story featured in Hole and Corner. They interviewed a lady from Norfolk who harvested her own reed and turned it into mats and cushions using an old Anglo Saxon form of weaving. Mark explains, “we’re very conscious of not being too retro with our magazine. Everything still needs to have a reason to exist today. What was great about this lady was that she was collaborating with very modern brands to give this old practice a new dimension. That’s where the beauty is and it wouldn’t work without the collaboration. Simply, there are not enough people out there who want authentic medieval products.”

Embrace opportunities and just go with it.

Preecha was running a weekly stall at Spitalfields Market when he saw an opportunity to do a pop-up in TOPSHOP Oxford Circus. He booked the space on Appear Here and in a couple of weeks he’d doubled his turnover. On his best week, Littlesmith took almost £20,000 in sales. For Preecha, it was embracing it all and not getting too hung up on having to change his business. “I knew I had to make the most of this opportunity and not worry too much about potential risks of scaling too fast,” he explains. Preecha’s now looking at how he can replicate this success in different stores including more luxury locations.

Similarly, Anna Walker, who has launched two pop-ups on Redchurch Street, admits she was terrified at first. The pop-ups helped push her to discover more about her brand. “The pop-ups were really beneficial for me. Not only did they help me see it could be a viable route to scale the business, but they helped me understand my brand so much better. I had to think about things like what music fitted with my brand and what our uniform would look like. It also gave me so much confidence. Having people come to my store and buy my products was the best feeling.”

The full podcast of the event is available to download here. This space is also available to book on Appear Here, take a look. 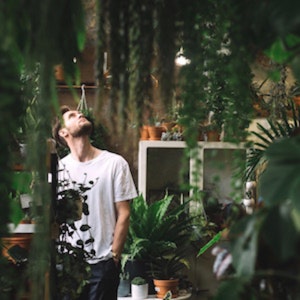 Behind the Store: Conservatory Archives

We headed over to East London's coolest plant store, Conservatory Archives to find out what’s behind it all. 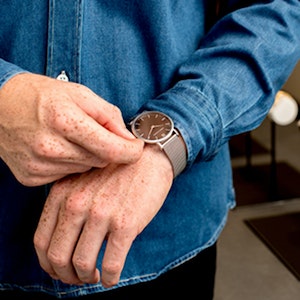 Andrew Jennings shares how Larsson and Jennings has achieved its impressive growth and gone international.