Here are some horological market statistics for you. The average cost of a Swiss watch is $745, the average cost of a Chinese watch is $3.02, and every year 1,200,000,000 watches are sold across the world. It’s a vast industry dominated at the luxury end by the likes of Rolex and at the other by savvy Chinese manufacturers. And despite the emerging trend for smart watches and fitbits, it’s one that continues to boom.

So who, in this overcrowded space, can make a name for themselves? Enter Andrew Jennings, the co-founder of Larsson and Jennings, who in five years has established a rapidly growing watch company that sells one watch every four minutes and made $11.4m in revenue in 2015.

32-year-old Jennings, it seems, is doing to watches what Michael Kors did to handbags. Where the now multi-billionaire Kors spotted an audience hungry for affordable luxury. Jennings has introduced his watches at a similar kind of price point – the average Larsson and Jennings watch will set you back somewhere between $295-600.

It all began back in 1994, when Jennings’ uncle gave the then 10-year-old a vintage Rolex Daytona. As history has it, Jennings later learned its value when he spotted it in a GQ article and locked it away for safekeeping. His interest had been piqued. Now Jennings has two stores in London and New York – and this year he's overseen the launch of the brand's first magazine ‘TwentySix'.

When Jennings took some time to speak to Appear Here about his unprecedented success he was in fact on his first vacation of 2016 - which is indicative of the dedication Jennings has to his business. What’s more, the self-made businessman has learned everything on the job. Apart from a few well-chosen mentors, he’s built the business practically single handedly from the ground up. “There’s only so much you can learn from a textbook,” he tells us. “Every situation is so unique, you have to take on ideas from other entrepreneurs and other businesses but at the end of the day you’re the only one who knows what’s going on, and you have to make a judgement.”

One such mentor is Wen Zhou, who founded fashion house 3.1 Philip Lim alongside the brand’s namesake. Their business has been going for just ten years and already has an annual turnover of $92.6m. That’s the kind of mentor you want in a new business, especially as Zhou has experience managing a fast growing business.

Despite the big name mentor however, this exponential growth has all happened very naturally - with no outside investment. “Our whole growth has been totally organic,” says Jennings. “We started off with about $13,000 for the website. And I sold a lot of watches to friends and gifted through social media and Instagram.”

So celebrity endorsements aside (those gifts he speaks of found their way to the likes of Instagram heavyweights such as Suki Waterhouse) what’s Jenning’s secret? “The key to this has been the success of our website,” continues Jennings, “which has helped to generate tremendous sales during the last four years, and before we opened our first retail store in London in 2014.”

From London to New York, Jennings tells us he now has his sights set on another US city, where he’ll put the lessons he’s learned opening new stores into practice once more. “Our approach is the same really, like most brands trying to expand internationally,” he says, before offering advice to others looking to do the same. “Keep consistency but also tailor each store a little bit to the demographic area. For example our store in Covent Garden is very, very minimal, that’s what our British audience have come to know, whereas the Bleecker Street store has tones of the local area in the colors we’ve used. It’s still clean and minimal, but it’s tailored to our US audience.”

This, along with a tried and tested hiring process, is what Jennings attributes the seamlessness with which they’ve expanded internationally to. “Hiring people in an area where we didn’t have a network was one of our toughest challenges,” admits Jennings. “At the start it was very difficult - we ended up paying a lot of money to recruitment companies and trying to figure out the different hiring processes.”

What else have they learned along the way? “You’ve got to do the groundwork and get to know the area,” says Jennings. “Try and build a good local team. There’s different ways of doing it - we have a centralized office in London and a satellite office in New York.”

With plans to open that new US store, and no doubt more across the world in the near future, that Michael Kors level of success really isn’t out of Andrew Jenning’s reach. 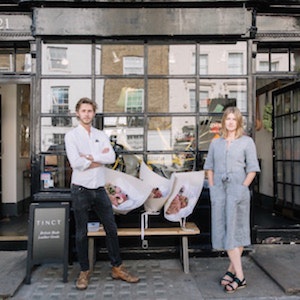 The making of our store: TINCT

Rosie and Ben Broad, founders of TINCT, on the making of their store 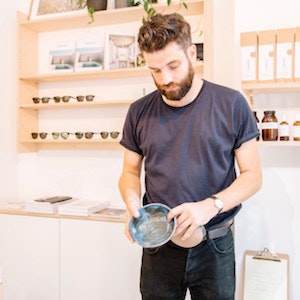 Founder of one of London’s coolest new lifestyle stores O’Dells - Tom O’Dell - on how to make it in retail.