The illustrators to watch

It's an exciting time for the art world as the internet has given power back to the people. Through Instagram, artists and illustrators can show off their stuff, build a loyal following and even treat their content as a collection to sell. Gone are the days when galleries would own emerging talent or art fairs offered the only chance of a commission. Big brands are taking notice now too as the fashion, interior and photography worlds are colliding to create incredible collaborations. Here are some of the best creating a buzz right now.

Alexandria Coe
Exploring the female body via the line

A British artist who celebrates the female form in all its glory with simple white backgrounds and quick flashes of dark lines. Her work is wonderfully feminine, but she’s recently forayed into male nudes too, albeit with harsher angles. Her paintings cost around £300 and she also sells ceramics. Previously, Alexandria has designed products for Jigsaw’s ‘Life’s a Beach’ range as well as working with various media titles, such as Teen Vogue, InStyle (USA) and AnOther. She is stocked at Liberty of London and Partnership Editions.

Made famous by the ‘Lift Each Other Up’ GIF that went viral for International Women’s Day, American illustrator Libby Vander Ploeg’s style may be soft but her messages are strong. Her illustrations are somewhat juvenile but full of colour and meaning. Libby has been commissioned by some of the US’ biggest media powerhouses to translate complicated diversity and gender politics into heartfelt animations. Libby frequently contributes animations to bolster articles for the New York Times and illustrations for Condé Nast Traveler. Most recently, she designed cans and tote bags for Blue Point Brewing Company’s new Good Reef Ale in New York.

‘Obsessive Compulsive Drawing,’ as he calls it, Mr Doodle covers vast spaces in tessellating black and white scribbles. Strangely soothing (perhaps it’s something to do with the mindful drawing trend) and yet disruptive, Mr Doodle has let loose on vans, tunnels, tube stations, art fairs, and more. A huge fan with kids, his work seems basic but becomes totally mesmerising - his live drawing always draws in a crowd. For one of his biggest collaborations, he partnered with Samsung where his doodle installations featured artwork drawn with various devices in the Ara Art Center, Korea.

A professional people watcher, London-based Isabella Cotier trawls the streets with her sketchbook to capture quotidian moments. Her colour blocks aren’t filled to perfection and her lines are jagged, but her portraits seem to vibrate with energy. Gucci is the latest to spot her talent, having just launched a street style capsule collection with bags, t-shirts and hoodies covered in Isabella’s drawings - available at the Gucci Garden in Florence. She’s also collaborated with Vogue, La Brasseria, and more.

Based in Bristol, Ana Jaks has a knack for brightening up the corporate aesthetic with layers of cut-out colours. She works with a range of industries, from tech to education. Her work has exploded across newspapers, social media, posters, billboards, t-shirts and even wall murals. Inclusivity is a priority for her, so she has used her creativity to bring feminist, LGBTQ and charity campaigns to life through bold illustrations. Fashion-wise, Ana created artwork for the Nike React shoe and designed the graphics for a special edition Everpress t-shirt to commemorate Grace Kelly’s 70th birthday. Her prints are available to buy online. 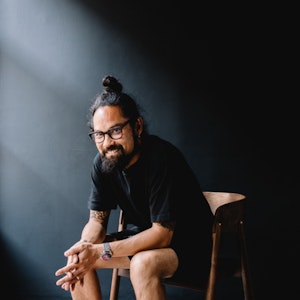 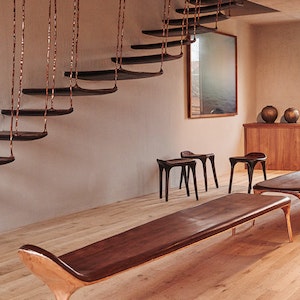