We want to celebrate the genius behind the best deartment stores; their sharp design, out-there creativity, risky experiments and finely tuned operations. Historically, they are experts in dramatising the shopping experience, revelling in showmanship, offering exclusives and giving us a glimpse into the future. Looking back, we can learn a lot from department stores' past innovations to better understand how to connect and delight customers today. Here are our favourite moments from around the world:

Barneys, NYC
Back in the 1930s, Barneys was pioneering new ways to reach customers beyond the store. Founder Barney Pressman claimed to be the first Manhattan retailer to use new media with his "Calling All Men to Barney's" radio spots. The ads shook up excitement before even setting foot in the shop and reached those unfamiliar with the brand through a different medium. Other “out-the-box” thinking included Irish music themed radio programs to advertise Irish woollens, paying women to handout betting matchbooks with the store address and chartering a boat to take 2,000 of his customers from Manhattan to Coney Island.

Le Bon Marché, Paris
Bringing together two cultures that normally clash, Le Bon Marché introduced LA cool to Paris. The “3.0 shopping” experience featured a “Geek Mais Chic” exhibition, including 3-D printed shoe soles and an algorithmic perfume selection. A group of pro skateboarders took turns riding inside the pink-lit mirrored cube “Los Angeles Rive Gauche,” whilst a selection of Californian skin-care and makeup brands were on offer. The whole experience was far from the familiar understated French chic that locals were used to seeing in fashion. However, despite their differences, this moment showed how these two cities really do have more in common than they think when it comes to culture, which sewed together lowbrow with highbrow.

Harrods, London
In 2006 Harrods made the news with one PR stunt: a customer was presented with a gift wrapped helicopter to take his partner on their dream trip. The grand gesture positioned the brand as customer-driven with heart. Once seen as elitist and far removed from the ‘everyman,’ this moment was a great example of how to change perceptions.

Selfridges, London
Coinciding with the opening of Selfridges in 1909, French aviator Louis Blériot became the first person to fly over the English Channel. Making quite the entrance on the London retail scene, Selfridges acquired that very plane shortly after, which attracted 150,000 visitors to the new store. Since then, Selfridges have further cemented their reputation as a forward-thinking brand by opening a radical Agender pop-up in 2015, which offered a "genderless shopping experience” within the store.

Macy’s, NYC
1924 marked the first ever Thanksgiving Macy’s Parade, which was originally organised as a PR stunt to entice people to the store. Now it’s one of the world’s largest parades, which lasts three hours and includes world famous performers, such as Kanye West, Miley Cyrus and Kelly Clarkson. However, at the beginning, Macy’s used real life employees and zoo animals instead of inflatables and celebrities.

Matsuzakaya, Japan
A big statement for Japan, in 1924 the Ginza based Matsuzakaya was the first store to allow street shoes to be worn indoors, defying traditional customs. Responsible for selling luxury kimonos, many would’ve been horrified at the decision that seemed to veer away from the brand’s recognised sophistication towards the cheapening Western high street. Now, the brand’s commitment to diversity stands and it’s loved by the masses, offering everything from food to furniture.

Jelmoli, Zürich
In 1833, Jelmoli opened in Zürich with a groundbreaking concept that had never been considered before: fixed prices. Before this, haggling was the norm, so easing customers into this new way of shopping would’ve been incredibly difficult. The risky decision paid off and Jelmoli saw immediate success. A company of firsts, Jelmoli also released the first ever mail order catalogue from a retail store years later in 1897.

Fortnum & Mason, London
Dating back 300 years, the beloved London staple may seem old fashioned but back in the day the retailer was keen to jump on new technologies. When the telephone was invented, Fortnum & Mason was the first multichannel retailer to send goods all over the world. Training staff and encouraging customers to try the new tool took a huge amount of effort, but the brand is forever recognised as a champion of change. 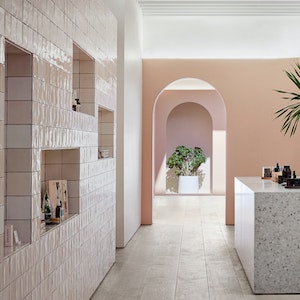 How CBD brands are paving the way for standout stores

From London to LA, we pick the success stories 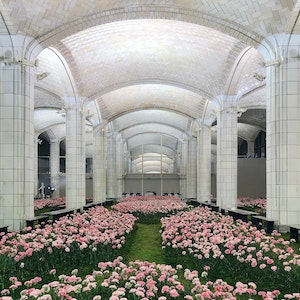 The five ways you can take part in Fashion Week