The Basement has been described as “the voice of the future of British streetwear”. Their rapidly growing forum is a virtual hangout for streetwear fans and a place for young people to sound out opinions and share advice. Since starting in 2015, they’ve built a community of over 50,000 members with 55,000 waiting to join.

So how do you take one of the most popular online streetwear communities to the next level? For The Basement, it’s all about having their own space. This summer, they launched their a pop-up in one of our spaces on Piccadilly, and they’ll be taking it on tour to Brighton and Manchester later in the year. We caught up with, Taylor Prince-Fraser, from The Basement team to find out more.

Tell us about how The Basement came about?

'It started as a run off from Supreme Talk UK/EU to discuss all things streetwear/fashion related. We now get questions about everything from how to dump a girlfriend to house prices. They’re issues that young people are interested in, but can’t find the right advice elsewhere.

Why do you think The Basement has been so successful at building an online community?

Since day one we’ve had zero tolerance to any discrimination and we’ve fostered a community that’s adopted those values. The Basement has become a place for promoting the right morals and ethics. Rather than just removing people who say bad things, we focus on teaching them why it’s wrong to say them at all.

Everyone on our forum is responding to groups and policing it themselves, which gives it a really unique atmosphere. The other day we had a kid post a certificate for completing a transgender operation. It was amazing to see how much support he received. There aren’t many places on the internet you can do that without being torn apart.

You’ve recently announced a UK pop-up tour, why is launching stores important for your brand?

We are an online community first and foremost, but going online to offline is crucial to show a 'real' element to what we do. We’ve got a global network, so it’s important to give them a physical space in which to meet eachother and say hello. For our Piccadilly pop-up, we had people coming from across Germany, France and Belgium to see the store. The Basement is theirs, they made it what it is. I think it’s important for them to be able to see and experience what they’ve created.

What were the highlights?

Honestly, I just wanted people to turn up. Selling clothes is great, but I wanted this store to take it to the next level. We had over 3000 people visit the store from Wednesday to Sunday. I didn’t expect that, but it was a great moment.

But it really hit home, was when this guy who works for Japanese Embassy down the road came in. He wasn’t anything to do with The Basement community but he just saw the store and liked the look of it. We stock my brothers clothing, and he ended up buying my brothers t-shirt so that made it for me. I like the idea that the store was like a window into our community, bringing in people from outside too.

And the toughest part…

I’m only 21, so all this is new to me. I made some pretty basic mistakes when it came to setting up the shop such as forgetting to buy a vacuum cleaner or tissue paper. Now I know for next time! Apart from the actual setting up shop, I’d say the hardest part was having to say goodbye. That was something that hit everyone when it was time to leave.

What’s next for The Basement?

We want to step away from just being about fashion and focus more on having a say in everything to do with youth culture whether that’s working partnerships with letting agencies or creating community centres. We want to make a difference for the next generation

At some point we also want to have our own permanent store. It would double up as a community space, giving our members equipment to use such as mixing suites and laptops. The idea is we want to create a space where we can allow them to create and continue what we’re doing. 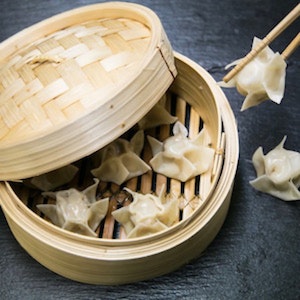 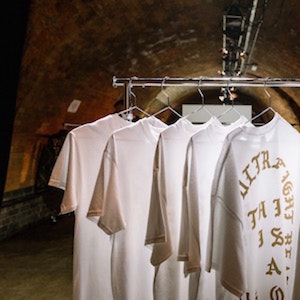 This weekend, Kanye West has launched not one, but 21 pop-up stores across the world. Here's what went down in London...