The burning question on everyone's lips is, ‘what is it really like to work at Appear Here?’ and now is your chance to gain an insight as to what really goes on behind the scenes. Appear Here started back in 2012 when CEO Ross Bailey had the idea of selling limited edition t-shirts to celebrate the Queen’s Jubilee in a pop-up shop on Carnaby Street. Soon after he founded Appear Here, the leading online marketplace for short-term retail space.

Recently we welcomed two young interns under our wing to show them the ropes of a start-up. Leo Donnachie, a recent Oxford graduate, was the first to join Appear Here for a two-week internship with the Marketing team. “I really didn't have any idea of what to expect," Leo admitted, "There's a real buzz about working with a young, engaged team. Make no mistake, it was a friendly and exciting environment but the team are all invested in the project and committed to the brand's ethos, and it really shows.” 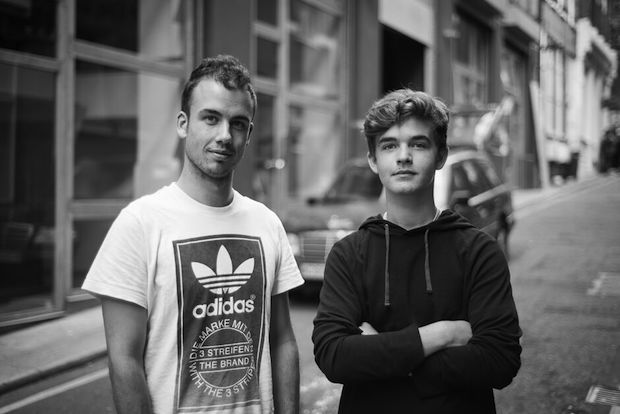 Joining an office team is always a daunting experience, especially when it comes to the expectation of what working at Appear Here would be like, but our interns were pleasantly surprised. Jordan Spiro, a 16 year old from London who recently finished his GCSE’s explains: “Aside from learning a lot about marketing skills, I also gained the knowledge that laughter is an important tool for an office to function smoothly. A tool that Appear Here uses superbly. It made me and every else just want to be there and, as I soon found out, this was a huge factor to the company’s success.”

Both of the interns were given responsibilities back in our Clerkenwell office to assist the team with their daily tasks. “I enjoyed the gradual step-up in my day to day tasks," Leo commented, "it felt good to be delegated more responsibility, and I felt spurred to do more and use my initiative. I was learning on the job by doing, rather than just reading, which is what I was used to at university. It has been great to learn from my mistakes and to be more flexible and adaptable with how I approach different audiences as one of my tasks involved social media outreach campaigns.”

It was a busy two weeks for our interns with new exciting projects on the verge of being launched and our summer party for which they both rolled their sleeves up to help in the planning and execution of. “My first actual contribution to Appear Here was during the setup for the summer party at Old Street Station,” Jordan told us, “It was a fantastic night with so many little details that just had to make you smile. When the party began, I must admit, I didn't expect to enjoy it. I was by far the youngest there and unfortunately too young to use alcohol as a social lubricant. I was soon to find out however that these worries were more than irrational because practically every member of the team made time to come over to me, share a drink and just talk. It was at this point where I truly felt accepted into the team.” 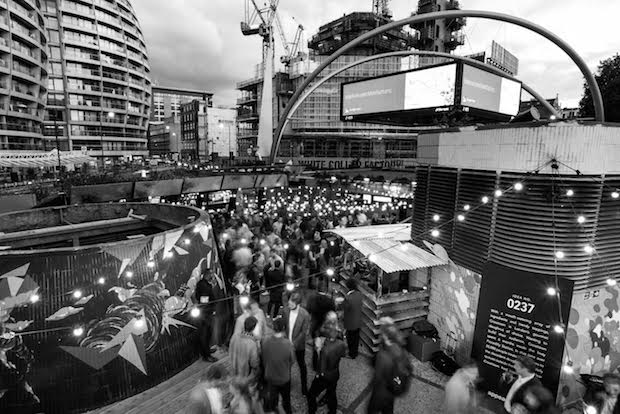 And a final word from our lovely interns…

“I’ve enjoyed every moment at Appear Here, from the upbeat tunes playing throughout the day, to the communal Friday lunches and I would like to thank Ross for letting me be a part of it. Everyone from the team has been so amazing but I really want to say a massive thanks to Emma (Office Manager) and Alice (Marketing and Editorial) who, from the start, have just made me feel so welcome and have always helped me with the tasks I was given. You really are two amazing role models to aspire to (and of course same goes for the rest of the team). Thanks so much Appear Here for the two weeks I spent with you. I honestly have no idea how i can go back to school after this!”- Jordan Spiro

“Above all else, I enjoyed the sense of team spirit that is fostered here. Ross' original vision remains clear and at the centre of everything, and manifests itself well in everything that is done here. There's a commitment to amazing service from start to finish, and to ensuring that people really do make their ideas happen. The team lunches every Friday were great, and it was awesome getting to see how the Summer Party came to life. Getting it set up was a long and hard process, but that end of the day beer when it was all done tasted all the better! I learnt over the two weeks that telling stories are at the heart of how we understand retail today, and Appear Here certainly tells a story. From Ross setting up Rock and Rule in 2012 to breaking into Europe, the narrative continues - and I'm proud to have played a small part in it!” - Leo Donnachie 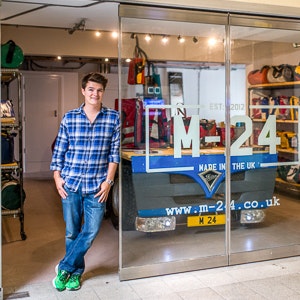 We caught up with Mat Dusting, founder of M-24, as he launches his first pop-up in Embankment Tube Station. 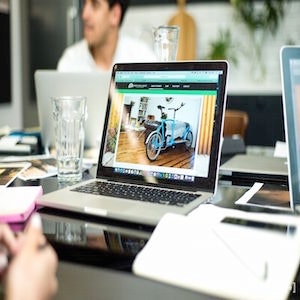 This week, is launch week for our Space for Ideas Winners, find out what they've got planned...