British artist Stuart Semple has revealed a new art installation in Covent Garden dedicated to his art world nemesis, Anish Kapoor. Stuart has since admitted responsibility for the mysterious black holes appearing all over the UK for the past month, which tie into this new #sharetheblack installation.

Stuart Semple explained to FAD magazine’s Mark Westall: “We’ve heard that Anish is rather partial to a strong cheese, and with the famous Neal’s Yard Dairy just around the corner we figured it would be his kind of place.”

In response to Kapoor’s controversial ownership of the ‘blackest black,’ Stuart recently created his own ‘BLACK 3.0’ colour, which inspired the piece. Stuart explained to FAD magazine: “It’s really about getting art out there in the public and dissolving the elitist idea that artists with the most cheddar should have special privileges.” This ‘art for the masses’ concept is behind the installation hashtag #sharetheblack

As for the piece itself, a cartoon like cheese block sits within black vinyl windows whilst a red trap hovers above and printed text reads ‘*In case of Kapoor break glass.’

Stuart has worked on 15 solo exhibitions in New York, Los Angeles, London, Milan and Hong Kong. He has also presented an art and design show for the BBC and been featured in publications including Wired, Financial Times, GQ, Flash Art, ArtForum, Modern Painters, The Art Newspaper, New York Times and Architectural Digest. 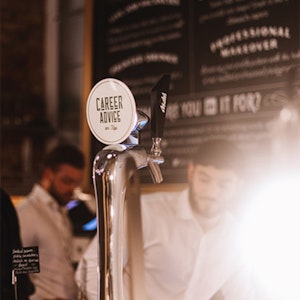 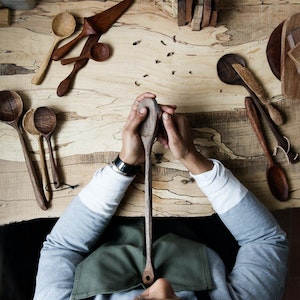 Space for Ideas: Meet the Winners

Discover the finalists of our 2019 Space for Ideas competition