Since day one, we’ve made it our aim to build a collection of the world’s best retail spaces. So it was only a matter of time before Appear Here went stateside. Today, we're excited to announce we’re kicking off our US expansion by opening up the world’s capital to your ideas. Here’s to New York: a city like no other.

So what is it that makes New York so special? For starters, New York is not one city, but many. There’s a place here for everybody. Each neighbourhood is marked out by its own identity – that’s constantly evolving. New York is not a place that ever stands still. Every day, you’ll find creatives, brands and designers starting new trends and innovating the next generation of products and experiences.

The old adage, “if you can make it here, you can make it anywhere,” rings true — the city is filled with talent, ambition and energy, in abundance. Nowhere can match the New Yorker’s hustle. Entrepreneurs come here to put their ideas to the test, and spread them to the rest of the world.

Most importantly, New York gets retail. Major global brands covet spots on Fifth Avenue, in the heart of SoHo and Times Square, whilst cutting edge boutiques and independent stores build cult-like communities. What’s more, from creating parks on historic train tracks to converting warehouses into farmers markets, New York knows how to make the most of its spaces.

See what your idea can make happen here: take a look at our latest spaces or scroll on down to discover some of our favourite shots from across New York or explore our destination guides here.

Cafe Mogador has amazing hummus, but now the secret's out and it gets really busy! – Niki on East Village.

My top picks are the vegan pizzas at Screamers, Peter Pan Donuts and Academy Records – Paige on Greenpoint.

I love it here. You'll find me there almost every week at the flea market selling my jewelry – Anisya on Brooklyn Heights. 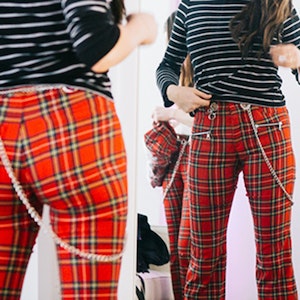 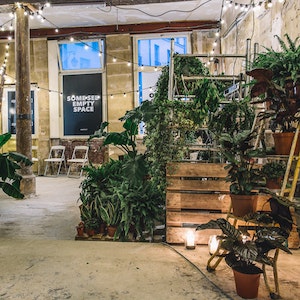 Our favourite moments from the last 12 months in Paris