Neighbourhood guides: Live like a local in Seongsu-dong, Seoul

The Seongsu-dong neighbourhood is not very well known by tourists, however, it has become very popular among Korean millenials — and is often called the Brooklyn of Seoul. The streets were once lined with shoe and other small factories, but recently young artists and creatives have transformed the old architecture into cafes and restaurants.

Much like other hip 'hoods around the world, it has the highest concentration of bicycles in Seoul, with its biker-friendly infrastructures and the Seoul Forest just next door. And interestingly, Seongsu is often heralded as a model of how to combat gentrification: its district government was the first in Korea to enact a gentrification prevention law to protect residents and the local culture from rising real estate costs.

Café Onion
Built in the 1970’s as a metal factory, Café Onion still features a rugged floor, old stickers, and stains from its past, reminding visitors of the building’s history. The space has been restored with ultra-modern features like wide windows, minimalist furniture, and a well-curated garden to modernise. During the warmer season, the rooftop terrace becomes one of the most popular spots for Seoulites enjoying coffee — perfect for people watching.

Matchacha
Part of Moodlab, a lifestyle shop and gallery, Matchacha is Seoul’s first matcha cafe. It’s here that you can savour traditional, ceremonial-style matcha, or order one of the innovative spins on tradition, perhaps the matcha blanc – a bold latte topped with a slightly sweet cream. Every bit as lovely as the drinks is the minimalist interior, which only adds to the tranquil experience.

East OKLM
Head to East Oklm to check out their selection of upcycled and vintage clothing. The shop is owned by a husband and wife duo who love to give clothing a second life by turning them into new, unique pieces. Have something in mind? They can create it for you. And if that wasn’t enough, they also host weekly movie nights.

WxDxH
Width x Depth x Height is a concept store in the ‘hood that sells everything from candles, to stationery, to bags, magazines and kitchenware. All the items available in the store are supposed to enrich your life and are made to be kept forever. Expect sustainable staples that are perfect for gifts or souvenirs.

Grandpa Factory
This cafe-meets-culture space was opened by Hong Dong Hee, who also owns Daerim Warehouse, another hot spot in Seongsu-dong. As an artist and woodworker, it’s no wonder that both spaces feature prominent wooden designs. For those looking for a little whimsy, this is the spot for you – both the coffee and the food will not disappoint.

Hosting House
Hosting House was created by former New Yorkers who used to work as interior designers. It’s a unique and inviting split-level space: half operates as a showroom/store while the other level operates as a café/pub. Those with a penchant for design should put this at the top of their lists.

Amore Seongsu
For your K-Beauty fix, head to Amore Seongsu. Run by the AmorePacific brand — Korea’s 12th largest cosmetic company — its “Green Beauty Lounge” offers a respite from the hustle and bustle of the city. The space is laid out over three floors and invites people to step into the AmorePacific world and try all of their beauty and skincare products (completely free of charge).

Cheonsang Gaok
Cheonsang Gaok is one of the most popular cafes to hit up in Seongsu Yeonbang – a complex for shopping and dining in the neighbourhood. Expect to bask in the natural sunlight coming through the glass roof while enjoying a good cup of joe. We also recommend the baked goods: they’re not only visually captivating but also delicious.

Myosa Seoul
Myosa is a cafe that features a very chic and minimalist interior – just check out their IG. It has a seasonal menu inspired by traditional snacks like Bungeo-ppang. The accompanying cubes are known as Ang Cubes, and come in different flavours such as Chocolate, Mugwort, and Beetroot.

Not Just Books
This petite spot in Seochon Village features everything from philosophy to fiction, new to used titles, and everything in between. The owners understand that choosing a book can take time, and so they’ve designed their space to accommodate some seating – to ensure the time spent inside is more comfortable. 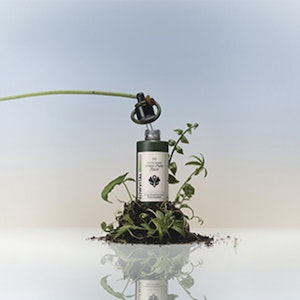 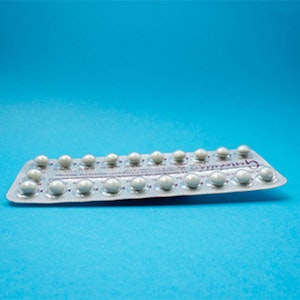 We won’t go back

In the US, a lurch backward for reproductive rights.