We won’t go back

This week: In the US, a lurch backward for reproductive rights. We explore the brands and entrepreneurs working to keep sexual health at the forefront (where it belongs).

Aren’t you sick of living in unprecedented times? We’ve had quite our fill of living through moments that would be characterised as such for all the wrong reasons.

Last Friday brought a morning unlike most, and Americans woke up to news that their federally-protected right to abortion had vanished overnight. In an astonishing move, the U.S. became one of four countries in the world to impose stricter abortion laws since the 1990s, reports the New Statesman.

Now we’re looking at a future where over 20 American states will lose access to reproductive care as they knew it, replaced by highly restrictive policies or in some cases, outlawed outright.

• “We won’t go back” was the rallying cry shouted from the street protests around the world in response to the ruling. The demonstrations felt amplified amidst Pride month celebrations, which memorialise another struggle for equal rights beyond restricted borders among the LGBTQ community. These struggles are, of course, not unrelated. As some have pointed out, the Supreme Court’s decision has opened up a pandora’s box of other civil liberties at risk – including access to contraceptives and the protections for same-sex marriage. Big cheese Biden said it himself: “If the rationale of the decision as released were to be sustained, a whole range of rights are in question,” reports Politico.

• Reproductive health activists have called on the importance of strengthened physical communities during a time when reproductive care will necessarily need to cross borders. As Jia Tolentino writes in the New Yorker, “We have entered an era of widespread state surveillance and criminalization – of pregnant women, certainly, but also of doctors and pharmacists and clinic staffers and volunteers,” or virtually anyone involved with a pregnancy that doesn’t result in a healthy birth. Seeking information and resources pertaining to your health shouldn’t be a political act, but in an age where your online footprint could be used against you in a court of law, digital surveillance concerns are far from unfounded.

• As is the case with any politically meaningful event, the heat is on for brands with primarily American employees and audiences to respond to the news. Some companies have offered carefully-worded statements, others have remained mum. In both cases, some form of audience blowback is guaranteed. Because if you haven’t noticed by now, having any – literally, any – point of view in the age of social media makes it virtually impossible to please everybody all of the time. And having no perspective? Well that’s a perspective too. In the past, companies may have been more reluctant to publicly support abortion services, but today about two thirds of Americans support upholding Roe v. Wade, according to the Wall Street Journal. Some companies including Starbucks, Nike, and Apple have stepped up to the ocasion, offering to cover travel expenses of employees who need to access abortion services. “Companies are struggling to attract and retain talent, and worry about the impact these states' anti-abortion laws could have on their workers,” CNN Business reports.

If it seems weird that private companies are doing more to promote equal access to healthcare than the government, it’s because it is. These brands seem to acknowledge something the Supreme Court won’t: that abortion bans transform social and economic life in drastic, often devastating, ways. Take it from Ireland.

When the world is on fire, what can you do? As the organiser and educator Mariame Kaba once said: let this radicalise you rather than lead you to despair. That could mean showing up at a protest, donating to local abortion funds that are newly in need of emergency funding, or supporting initiatives that embrace rather than stigmatise women’s sexuality.

• Pleasure activism, an idea made popular by the writer adrienne maree brown, explores how the act of prioritising desire can be a political tool. In a cultural environment designed to make sexual pleasure for women and marginalised groups dangerous, brown argues the necessity of a movement focused on not just freedom from violence, but also a right to feel good. Alexandra Fine, the founder of sex toy company Dame, would agree. She found her company in a mission to close the “pleasure gap” – the fact that cis-women are 4x more likely to say that sex wasn’t pleasureable in the last year (not to mention the fact that cis-men have 20-50% more orgasms than cis-women counterparts). Fine sees a connection between inequities in the political sphere and the bedroom alike. “Freedom to access pleasure cannot exist without access to abortion,” she explains.

• It’s no surprise then, that within the startup world, sextech brands have been the most vocal about the recent U.S. ruling. Éva Goicochea, the founder of sexual wellness brand maude, has made a point to work continuously with sex-ed partners like Peer Health Exchange and Advocates for Youth. “We recognise that it’s a bit of an uphill battle when it comes to destigmatising spaces around sexuality,” Goicochea told Appear Here when the brand won our 2020 Space for Ideas initiative. That sentiment is more true than ever, when sex education, much like reproductive healthcare, remains at the whims of local legislators with differing policies across regions.

• Several U.S.-based healthcare clinics are pivoting from virtual services to a roving IRL model in an effort to survive in changing legislative environments. Just the Pill, a virtual telehealth provider of abortion medication, will launch IRL mobile clinics that will be stationed along state borders to reduce travel burdens and minimise the legal risks for people seeking abortions in restrictive states. “By operating on state borders, we will reduce travel burdens for patients in states with bans or severe limits,” Dr. Julie Amaon, Just the Pill’s medical director, told the New York Times. “And by moving beyond a traditional brick-and-mortar clinic, our mobile clinics can quickly adapt to the courts, state legislatures, and the markets, going wherever the need is.”

A fact you may find surprising: 1 in 4 people with a uterus will have an abortion during their lifetimes.

Each of them will seek out this care for a variety of reasons more far-reaching, complex, and personal than a single person can know. Access to freedom – to the right of bodily autonomy – is so essential to how each of us lives our life each day, it’s almost impossible to imagine a vision of a functioning and free society without it.

With the help of our voices, our talents, our efforts, and our grit, may we hope to never know it. 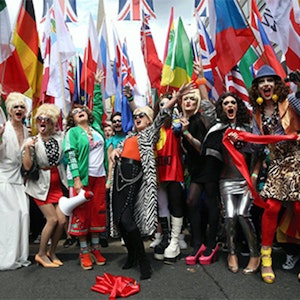 Neighbourhood guides: Live like a local in Soho, London

Soho is the spiritual – and geographical – centre of LGBTQIA+ London. 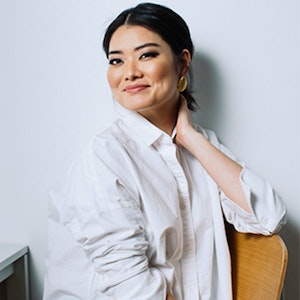