Once a competitive snowboarder for Billabong, founder Andrew Livingston launched Knickerbocker as a small batch factory in Brooklyn. Since then, the brand has evolved with the same mission in mind, maintaining roots in utilitarian workwear, sportswear, military and Americana style. Most notably, Knickerbocker supports the movement towards ethical supply chain solutions around the world. The team have been sourcing raw materials and machinery for years, asking customers to “purchase with a purpose.”

Andrew’s efforts were recognised this fall as he was announced as the NYC winner of Appear Here’s annual Space for Ideas competition. Knickerbocker was chosen out of thousands of applicants by a discerning panel that included Diane Von Furstenberg, Natalie Massenet, Neil Blumenthal and Jeff Raider.

Choosing a name that references the brand’s history, Knickerbocker launched ‘The Factory’ on 25th September in collaboration with The New York Times, which will remain open for just under two weeks. The space was provided by On Canal, a district for pop-ups where brands, artists and startups can test out new ideas. Designed by 8893, an architecture and design firm that has previously worked with brands like Kith, Mother Denim and Recess, the store has an industrial look reflecting Knickerbocker’s beginnings as a factory-born brand.

Ross Bailey, Founder & CEO of Appear Here, praises the project: “Andrew Livingston is a 23-year-old who saw something wrong with the industry and instead of watching it happen, decided to do something about it. Knickerbocker supported the movement toward ethical supply chain solutions and people can’t seem to get enough of this high quality, on-trend clothing.”

Knickerbocker and The New York Times have worked together since 2016, producing Times branded apparel and accessories. Inspired by the journalism industry, favourite items include the ‘All the News That’s Fit to Print’ sweatshirt, the Photographer Work Jacket, a classic messenger bag and ‘T’ Caps. For some vintage style pieces, content was sourced directly from The New York Times archives, including printed artifacts and photos.

Along with the new fall and holiday collections, ‘The Factory’ also previews new collaborative goods made exclusively for the pop-up, such as personalised books, New York Times page reprints, photography and illustrations. Although left-wing media and fashion have historically battled with a fraught relationship, this new pop-up promotes values that both brands undeniably hold at heart: quality and integrity. 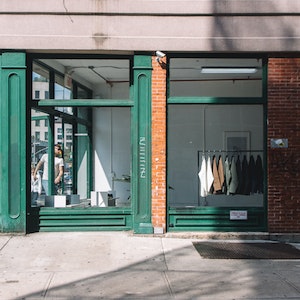 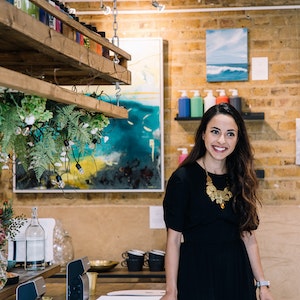 Career shifts: turning a side hustle into a dream career