How to focus retail on a force for good

In the midst of mounting concerns over climate change and diversity issues, brands have a lot to answer for. A recent report by Weber Shandwick found that 51% of millennials would be more likely to buy from companies whose CEO is an activist. Responding to this demand, brands are using physical spaces as the new platform for activism, where they can have their say and set up in front of the right people. More effective than a billboard and a better means of encouraging conversation, retail space has become the new media.

Outdoor mega brand Patagonia closed all stores for the Climate Strike before opening a new cafe pop-up in Hackney that gives 100% profits to NGOs and charities. As they put it: “We’re in business to save our home planet.” From the statement window to the takeaway Activism Cards, the whole activation was built for sharing - online and offline. Similarly, CanO Water appeared in Old Street Station with an installation to highlight the plastic problem. Anyone who brought a plastic bottle to the pop-up received a #WaterwithaPurpose CanO Water in return.

Successful pop-ups often link the physical with the digital; a store is often a great way to drive attention to an online campaign. For instance, Patagonia’s Broadway Market cafe coincides with the launch of the online Action Works platform. This new initiative aims to connect people with organisations fighting to solve the climate crisis. It works starting with in-person persuasion, connecting face-to-face, then finding out more via this online hub.

Focussing on a totally different issue, My Holy sell 100% organic cotton tampons and period pants. After winning the Space for Ideas competition in Paris, they opened a show stopping crimson store to celebrate and challenge taboos around periods in the public eye. As a controversial topic, the risk was that traditional media would limit and potentially misconstrue the message. My Holy ensured they could sway the conversation themselves and get their point across in their own safe space.

Sometimes the power lies in the products themselves; the stocklist become the statement. When women’s magazine gal-dem launched a pop-up for International Women's Day, they only stocked books by female authors. Another publisher flying the flag for diversity is Knights Of, who opened a pop-up bookstore in Brixton to raise awareness to the fact that less than 1% of children's books featured a character from a BAME background. The funds from this pop-up helped to fund a permanent store. Help Refugees also stocked sleeping bags and kit in-store so they could encourage people to send help to refugees - a plea that’s almost impossible to deny.

Unlike simply shoehorning in a smallprint donation to a charitable cause, these brands are building their own media space with a clear purpose. Through retail spots, they can maintain full control of the message and spread the word more effectively. When people are faced with the facts in-person, it’s a lot harder to ignore the problem. 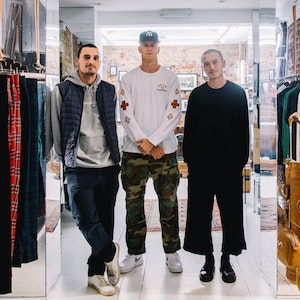 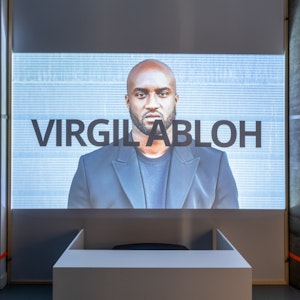 How a homeware brand can profit from the LFW buzz