How one charity got physical and turned fundraising on its head

Sometimes the biggest barrier to donating to a charity is not being able to visualise how your money is actually making a difference. Fortunately, Help Refugees has found an inspired solution.

Set up in 2017, the charity’s Choose Love pop-up shop in Soho stocks all of the items – from coats to tents – typically donating to refugees across Europe and the Middle East. Customers simply walk into the shop, buy an item and the charity then guarantees to give it to a refugee who is either in the process of escaping a dangerous country or trying to rebuild their lives in a new one.

The idea is that by seeing items such as baby clothes with the naked eye, customers will gain a much deeper appreciation for the work Help Refugees does on the ground and be a lot more likely to donate. The pop-up runs from Black Friday to Christmas Eve. However, this year, there will also be a Choose Love store in New York as Help Refugees aims to replicate the Soho pop-up’s success across the pond.

Appear Here caught up with Josie Naughton, the co-founder of Help Refugees, to find out how the pop-up has helped boost the charity and also to try to understand what retailers can learn from its innovative approach to activism.

What inspired the idea for Choose Love?

It’s a lot harder to fundraise in the winter, so we needed to find a way to create a buzz. The refugee crisis was also a lot less prominent in the media so we had to create our own news to ensure people didn’t lose interest. We wanted to turn consumerism on its head as well as this outdated idea of a traditional charity shop. It’s all about traceability, so people can see the items we give to refugees in the flesh and really see how much of a difference their donations will make to someone’s life. If you buy a coat, we can guarantee someone will be wearing one as a result of your purchase. Each item is an item we distribute on the ground or a service we provide. You go shopping and then we make sure those services really happen or that item is actually delivered.

It’s certainly an innovative approach to retail; this idea that you buy something but don’t actually take anything home. What would you say have been the biggest benefits?

It makes people not numbers anymore. It turns a refugee from a statistic into a real person that needs your help. We’ve had British mothers who come in and hold the baby clothes and start crying.

Has this concept been a success?

When we did it last year, we raised £750,000. Subsequently, we managed to buy 800,000 meals and 70,000 packs of nappies for refugees. It really had a huge impact. This year we have two stores so I am hoping we can hit £1m at least. We try to keep things as simple as possible. There are about 25 items, which are split into three sections. Arrival – this is for people who have just arrived from war-torn countries, shelter – so that’s items to help people in camps, and future – this is about restarting people’s lives so giving them school bags etc. We try to make the store as slick as possible so when you walk in it’s like going to an Apple Store with everything on the table. You can actually buy the whole store for £500; I thought only a handful of people would do so but so many have! This year we are going to offer a few more bundles such as a mother and baby one.

How big can this concept get? Could there ever be a permanent store?

We will put one in whatever city wants us. I would love for us to hit five. I think we could definitely do a permanent store, but I would be interested to see if this concept works outside the holiday season as that’s when people are more into gifting. I expect other charities to follow what we’ve done. Our agency, Glimpse, has really helped bring it to life.

What would your advice be to getting activist retail right?

To make a proper impact, just talking to try to raise awareness isn’t enough, you have to show how you’re making a tangible difference. People want to know that supporting your business is really making a difference on the ground. TOMS shoes is a great example of getting it right, with every pair of shoes you buy resulting in a pair that's being donated. They are definitely an inspiration. 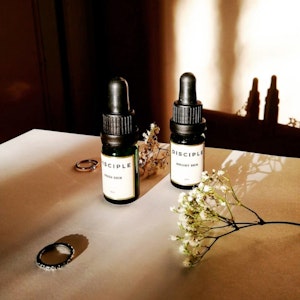 The beauty brands listening to their customers – and getting it right 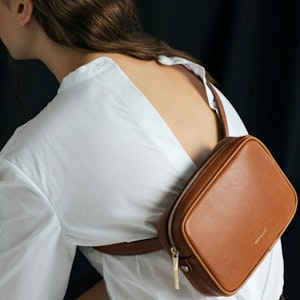 How veganism is infiltrating every industry, from fashion to cars