Even though 5% of the UK population call themselves vegan, now this social group are taking it one step further beyond tofu by committing to leather alternatives and cruelty-free beauty. Whatever the reason behind the lifestyle change - carbon footprint, health, animal ethics - it’s now easier to be vegan than ever before. Thanks to a whole host of celebrities and influencers committing to a 100% vegan lifestyle, the movement is hitting the masses.

No longer associated with hippies and hemp, the recent rise in popularity is because veganism as a whole has had a serious rebrand. In 2018, plant-based people are cool. Whether it’s high streets or red carpets, vegan living is not only supported but propagated. Leonardo DiCaprio invested in chickpea crisps Hippeas, while Beyoncé and Jay-Z launched a vegan delivery service 22 Days Nutrition. Thanks to social media and documentaries on demand (Netflix’s ‘Cowspiracy’ Facebook page has 67,000 likes), information on the meat industry is more widely available, so a younger audience can make concerted decisions on their diets.

Veganism is no longer associated with denying certain ingredients but replacing them. The quality of vegan food has hugely improved, meaning less sugar and salt, and even meat eaters claim they can’t tell the difference between the good alternatives. Now, vegans can still get their junk food fix with vegan burgers, ice cream, cheese and chocolate. The hotly anticipated B12 Burger, which supposedly tastes like actual meat, will soon hit the UK market. The opening of much loved vegan fast food brand By CHLOE earlier this year has been a major success in Covent Garden. Their British menu additions of Fish ‘n’ Chips and Sticky Toffee Pudding are a huge hit - limp lettuce leaves are a thing of the past. Even mega brands McDonald’s and Unilever are jumping on board; a ‘chicken burger’ made out of Valess (a dairy, seaweed and fiber substitute) is now available across all Dutch restaurants and two new vegan versions of Magnum ice cream are set to launch in Sweden and Finland.

Beyond patties and sundaes, manufacturing brands are making a huge effort to go vegan too. It was reported that Tesla have removed its animal-based leather option and staple luxury car brand Bentley are exploring alternative materials to leather too. From cars to condoms, revolutionary new brands Hero and Green Condom Club do not contain animal products (the milk derivative casein is commonplace) nor have they been tested on animals.

Vegan fashion was cited as a major trend for 2018 in ‘The Future 100 Report’ by JWT Intelligence, and they were spot on. Launched in 2017, new material brand Zoa™ is the world’s first biofabricated leather and it’s reported that Stella McCartney is working with Bolt Threads to incorporate their vegan ‘spider silk’ (a lab-made protein-based yarn) into her upcoming designs. On a smaller scale, edgy East Londoners have grown to adore vegan company Matt & Nat who make satchels, rucksacks and wallets that forever fool people with ‘leather looking’ material. The accessories are stocked in ethical fashion boutiques across the city, including on Hackney’s Broadway Market.

As for the beauty world, going vegan is big business because people are committed to spending their money more carefully: "Consumers today are doing more research and reading up on the products and services they buy more than ever before," according to the Global Beauty Trends 2018 report. Vegan beauty product sales have grown by a staggering 38% since March 2017 and searches for ‘vegan beauty’ have doubled on the Boots website in the last two years. Hourglass Cosmetics has announced its commitment to going 100% vegan by the year 2020. Nailberry is certified vegan, cruelty free and halal; of the 57 shades in its collection, all are 12-free (eliminating alcohol, chemicals and animal derivatives). Artist, entrepreneur and animal activist Kat Von D made her makeup collection 100% vegan for its 10th anniversary this year, which included her best-selling Tattoo Liner. As for beauty cult classic The Ordinary, their Serum Foundation is not only vegan, but it’s nut, gluten, soy, alcohol, silicone and cruelty free, so customers can rest easy.

The modern shopper is happy to spend time pouring over labels to make sure a brand’s values align with their own, whether that’s environmental activism, chemical-free or animal rights. In the UK, the number of people identifying as vegan has increased by 350% over a decade, so it’s time brands across all industries snap out of the noughties mindset and move forward into a new age of considerate consumerism. 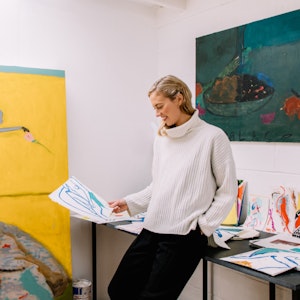 How the art world is finally opening up the conversation 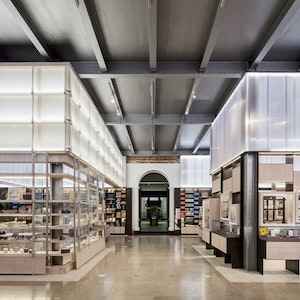 Why museums are investing in retail