Houston, we have liftoff

It’s a familiar theme: the pandemic has forced adaptation at a speed the likes of which we’ve never seen. According to the World Economic Forum, Covid-19 has actually led to an increase in entrepreneurial activity worldwide. Know what else is surging? Creativity. (Too soon?)

• After months-long delay, new concept boutique t.a. finally opened its doors in Manhattan’s Meatpacking District two weeks ago. Owner Telsha Anderson – who scrambled to build a website in 24 hours – has been riding a wave of support. “The [online] traffic has been insane,” she told The Cut. “I always tell people it’s the craziest time to be opening a store, but also the best time.”

• Jane Herman had planned to unveil her LA-based brand The Only Jane in March, but hesitated about the disingenuous tone of celebrating during a crisis. Still, she had 300 jumpsuits to move. It took her a week to establish a new reason for being: forging a partnership with the charity No Kid Hungry, redesigning her website, and instating an honour-system-based return policy. Four months later? All suits are sold out.

• “Some said our startup should wait… instead, we decided to push ahead even faster,” said Kim Pham, who recently launched meal-kit company Omsom – purveyor of umami bombs of Asian sauces and seasonings (and a Space for Ideas finalist). Pham recognised an opportunity, calling this “a pivotal time for the Asian American community… [which] has largely been ignored by mainstream food brands, yet we are the fastest growing segment of the U.S. population.”

The U.S. isn’t the only home of innovation. In France, it appears that business is back – with Bloomberg reporting that entrepreneurs launched new ventures last month at the same pace as pre-crisis. In the UK, the next generation is also gearing up. According to Sifted, 25% of current students either run, or plan to start, a company while in university.

The future is looking for a founder.

A STORE IS REBORN

Business models are changing fast – even the UK government is reacting with radical updates to the old system of real estate use classes. The latest in tech-powered retail tools are constantly being introduced. What do all these advances mean for a brand’s physical space?

There’s a new store format on the horizon: touchless, personalised, and technologically enhanced. But do data points alone translate into dollars being spent?

• The hyper-personalisation of the shopping experience may be digitally powered, but it’s human interaction that customers seek. “Having a local retail assistant that is familiar with you as an individual and your local community is a very valuable asset in an era of increasing isolation,” Rachael Stott, futures analyst at The Future Laboratory, told Vogue Business.

The world is still in crisis. But the word has several meanings. It’s a decisive moment, an intermediate stage, a turning point before events move on. (And if you want to get a commemorative tattoo, the Chinese word is composed of two characters: danger and opportunity).

High time to shoot your shot. 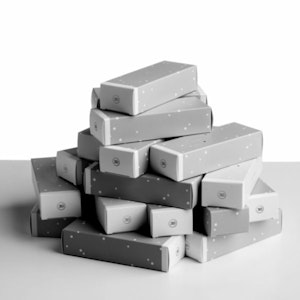 How to launch and scale a DTC brand 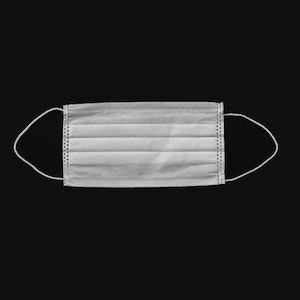 This week: A piece of cloth stirs controversy worldwide, and shoppers look to brands to lead on safety.