This week: A piece of cloth stirs controversy worldwide, and shoppers look to brands to lead on safety.In the U.S., where face masks are a cultural flash point, retail’s recovery is plateauing, or dropping in states with rising cases. The director of the CDC stated that if everyone started wearing a mask, the country could control the epidemic within eight weeks.

Without a nationwide mandate, retailers have often found themselves on the front lines of enforcement – with some relying on a voluntary mask approach, and others deciding it’s not worth the risk to staff and shoppers. ‘Fighting Over Masks in Public Is the New American Pastime,’ ran a headline in The New York Times.

• Sneaker brand Veja has posted associates outside its shops in New York and Paris, who act as bouncers of sorts – except it’s a mask that’s required to gain entry. “It’s just as important a business decision as a health one,” founder Sébastien Kopp told The Business of Fashion.

• Retail sales have surged in France, where spending is near pre-lockdown levels. Infections have also seen an uptick, and masks will be made compulsory in public indoor spaces from August 1st. “It’s like we just woke up from a dream and none of this happened,” a Parisian told CNN, dismayed by the air of complacency in the capital city.

• Masks were an early pivot point for fashion brands, and demand for the accessory tracks government announcements. After the UK made face coverings a must on public transport, retail analytics firm Edited saw a sales spike of 48%. Now that masks are required in shops starting July 24th, which styles will we see a rush on?

As a whole, Britons have been the slowest of any western population to adopt mask wearing, which makes them feel “silly and embarrassed”, according to a YouGov poll. Per our own very official survey, 77% of respondents said being required to wear a mask wouldn’t stop them visiting a store.

Large retailers, analysts and trade bodies in the UK disagree on what the impact of mandatory face coverings will have on shopper sentiment. They have been united, however, in calls for clarity on the mixed guidance from the government.

One thing is clear: from the High street to Main street, retail is a powerful symbol. In a pandemic – with one in four millennials believing that brands can have the same impact as government – brand authority takes on a whole new meaning. Especially when it comes to matters of safety.

• Retail Dive reported that “safety has become a selling point,” with the majority of consumers looking for visual reassurance in the form of displayed lists of daily safety procedures. Any surface will do. “The floor is now a much more powerful way to communicate some of these messages,” said Tom Ertler, creative director at retail design firm Miller Zell.

• Does safety mean getting more personal? (But don’t get up close). Glasses brand Taylor Morris launched their flagship store in Notting Hill on June 15th – along with a bespoke appointment service offering exclusive access, a dedicated salesperson, and complimentary drinks from a fully stocked bar. (With a side of Dettol wipes).

• Running stores safely comes at a high cost. According to the British Retail Consortium, operators have already shelled out “hundreds of millions” on measures like installing acrylic screens and deep cleaning services. What’s a small business to do? Shameless plug alert: our team will be rolling out a spanking new Safer Store Package shortly.

While the weather holds, the great outdoors are also offering some respite. Forbes found that London’s newly pedestrianised spaces are providing opportunities for retailers, and The Wall Street Journal also reported on boutiques setting up shop on NYC’s sidewalks.

But winter is coming, and innovations like using far-UVC light to “disinfect the air” seem like distant dreams. Retail needs an indoor plan.

In the meantime? Wear a damn mask. 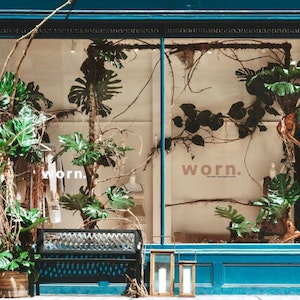 The Five at Five: WORN 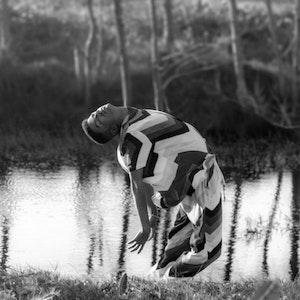 What’s in store for the fashion industry?

Insights from those leading the way.