In 2015, Farfetch bought London’s much-loved Browns Fashion boutique with the aim of reinventing the luxury department store for a new era. With 50 years of history on South Molton Street, this was no easy feat. To make it happen, José Neves (the CEO of Farfetch), called up Net-a-Porter’s former Fashion Director, Holli Rogers.

Despite having little physical retail experience, Rogers took on the challenge overseeing the opening of a new Browns store in East London, introducing a raft of new labels and relaunching the website. Rogers turned Browns into one of London’s most forward-thinking boutiques, making her one of London’s most powerful people in fashion.

“I had no preconceived notions about what a physical store should do,” Rogers admits when we meet at the new Browns Fashion HQ by Old Street Station. “I feel like everyone’s so reliant on a store’s history and there’s a lot of beauty in that but you have to make it relevant for the future. It’s the same as when you get asked a question you know nothing about. You’ll give an outlandish answer because you don’t know the parameters, the boundaries, and everything else. That’s kind of how I approached it.”

The idea for a new identity for Browns Fashion took shape after a couple of meetings with José. Rogers explains, “I said to him if this is going to work we’re going to need to open a new store. Having a new store was essential because we needed to have a new identity – everything was too centered around this incredible and historic flagship and I didn’t want to get lost in it. How do you make that shift, even 90 degrees, if you don’t have a new identity to go along with it?”

Browns East opened two years later, taking over a two-storey space on the corner of Club Row and Redchurch Street. Despite being a West Londoner, Rogers knew the new location had to be East. She points out that the original Browns was a pioneer in its area of town. “Selfridges wasn’t what we all know it as today, Bond Street did exist but not with the fervour it has now and Mount Street was just hairdressers. Whereas South Molton Street had all these interesting stores, and when you talk to people who lived through it, they’re always like ‘oh my god it was so cool.’ That, to me, encapsulated what Shoreditch is all about: it’s got this clash of the money side of the City with the creative side of Shoreditch.”

As well as introducing a whole new range of brands to Browns East (some of Rogers’ favourites include Conor Ives, Sacai and Celine), the store houses an art gallery and cafe. Rogers wanted the store’s fixtures to be flexible so that they can be reformatted every three weeks, even the entrance hosts a rotating selection of brands so that shoppers always have a new experience when they visit.

Breaking from traditional store layouts, Rogers pioneered a genderless approach with male and female lines interspersed. She explains, “I’ve had so much great feedback on this because people don’t even realise we’ve done it. What I like about the store is that you're exposed to things you wouldn’t normally see. We’ve now got a menswear buyer and womenswear buyer who go and view collections together to buy from both standpoints.”

The technology behind the store has also been tailored to a new generation of shoppers. “Time is the ultimate luxury,” Rogers points out. They’ve introduced a Mobile POS: “people now get out of a taxi and swipe to pay, this is their mindset and we have to accommodate that,”. And their ‘infinite shelf’ allows customers to order in products to the store in under 60 minutes: “already hundreds of people have used it and 75% of them will wait in store for it to arrive.”

It’s having a space that people actually want to hang out in, that Rogers sees as the ultimate testament to success. “For me, that’s the biggest compliment. I didn’t want it to feel like a museum, I wanted it to have personality and become a place where people would feel comfortable enough to linger and spend time in.”

When renovating the space, Rogers kept many of the original fixtures, including the floorboards, which were the same ones that Winston Churchill walked across when the building was the BBC Sound Studios. “Our sales associates are trained to tell the story of Browns, and not just to drive sales. They tell people about the history of the space, the new website, the South Molton Street store. It doesn’t matter anymore where the actual sale takes place.”

So six months in, what does Rogers think a successful retail experience comes down to? “Great technology, really engaged sales staff, and an absolutely amazing product. And plenty of fun. Yes it’s a business, but if you can have fun and project that to people, they get drawn to it like magnets.”

And where’s next for the brand? Browns East is the first incarnation of the Browns Nomad Project, which looks to see the store move location every five or so years. “If I could choose my dream space, it would probably be the architect John Lautner’s famed Silvertop house in LA.” You heard it here first. 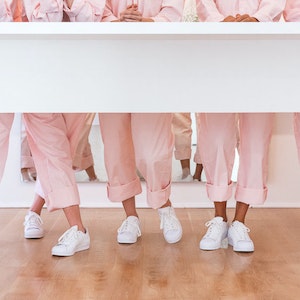 When it comes to retail, there’s a new line up of beauty brands that are leading the way. 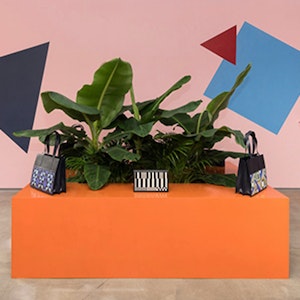 We chat to the creative consultancy Campbell-Rey about designing for temporary stores, luxury experiences and creating fantasy worlds.