This week: Open up, lock it down, repeat. While businesses ride out the reopening and restrictions waves, we got two words: stay loose.

Move over Manic Monday… there’s a new alliteration in town. Dad jokes aside, Wednesday saw the long-awaited reopening of retail in England, with Barclaycard Payments predicting 2nd Dec to be the biggest trading day of the year. Even the good ol’ data at Appear Here shows demand has jumped 100% since the reopening announcement.

• By the early light of dawn, people were queuing up on Oxford Street, with footfall up 64% week-on-week across the UK. In heartening news, most Brits plan to buy gifts from indies, which could translate to a boost of billions to their bottom lines. Londoners are even more eager to support small businesses, with 71% looking to shop local according to research from the British Independent Retailers Association.

• With 20 days left to save Christmas, is staying open 24 hrs a day the answer? Local authorities are granting temporary permission for flexible trading hours, a move welcomed by the British Retail Consortium. Primark pulled a reopening all-nighter, and Marks & Spencer plans to keep hundreds of stores open until midnight, but for smaller retailers, will the extra sales offset the operating costs of trading into the wee hours? For many independents, the past year has been round-the-clock. “Just keep going, think of different ways of doing things, don’t stop,” advised Lucy Thorniley, owner of Manchester-based florist Northern Flower.

• And on the hospitality front, while Westminster city council extended outdoor dining for another six months, Whitehall is under fire yet again for the lack of meaningful government support for the industry – with the Scotch egg debacle the latest farce. (Pubs serving what are deemed “substantial meals” can stay open, hence the debate over eggs). “What really lies behind the grant’s inadequacy is the need to deliver piecemeal solutions to failures in reactive policymaking, that are more about symbolism than economics,” wrote James Hansen in Eater.

All this on the heels of the high-profile collapse of two retail giants: fast fashion group Arcadia and department store chain Debenhams. Industry sources attributed their fall to both an inability to adjust to changing shopping habits, and the baggage of long leases.

With playbooks out the window, is staying flexible the last strategy standing?

ROLL WITH THE PUNCHES

While the UK reopens in time for Christmas, the U.S. is bracing for a post-Thanksgiving spike as it continues to break records, of the worst kind. States are responding with tightened regulations, and it’s like March all over again – but this time, critical stimulus funding is still stalling in Congress.

That’s left some businesses taking matters into their own hands.

• Intense restrictions have returned to California, where small businesses make up half of the employment. Some are banding together, raising funds to help pay for COVID health violation fines, or collaborating on online shopping events, like For the Culture Market run by and for Black women entrepreneurs. “Nearly half [of Black businesses] are shutting down currently in the country so it’s crucial folks go the extra mile to shop small,” said co-founder Hope Lehman.

• With outdoor dining recently banned in L.A. County, restaurants are skirting – or even openly flouting – the rules. Over on the East Coast, a Staten Island bar declared itself an autonomous zone in defiance of the latest restrictions. A dozen new restaurants have just opened in NYC, though a potential shutdown of indoor – and even outdoor – dining looms. “People need a comparatively safe outlet for human interactions, and outdoor streeteries may become the only option…people are going to gather, as we have seen. I’m not sure we want to see what happens if the spaces to do so go away,” wrote Rachel Sugar in Grub Street.

• Despite the volatile climate, some entrepreneurs are thriving. Jill Lindsey, proprietor of an eponymously named boutique in Brooklyn, is seeing better sales than ever before – which she attributes to customers determined not to let her business go under. “When the pandemic really hit, everyone was like, ‘Pivot, pivot, pivot, pivot this, pivot that.’ The more I kept listening … the more I thought, I love what I do. I don’t want to pivot,” Lindsey told Bloomberg Businessweek. She’s “eschewing e-commerce” and doubling down on physical, opening another location in the landmark Rockefeller Center – made possible by a deal that is based on a percentage of sales.

While Rock Center might not be thronged by the usual hordes, the holiday displays of Fifth Avenue are beyond bright. “’[If] the eyes are the windows of the soul, maybe the windows of the stores are the eyes of the city’s spirit. And now they are also a sort of metropolitan throw-down, in tinsel and gilt,” wrote Vanessa Friedman in The New York Times.

As we enter the last month of a shitty, shitty 2020, we’ve found ourselves in an introspective – nay, philosophical – state of mind. As the Zen masters say: "Be like the bamboo, the higher you grow, the deeper you bow."

That we’re in uncharted waters is the understatement of the year. Feeling overwhelmed? Confused? Be like Confucius. Go with the flow. 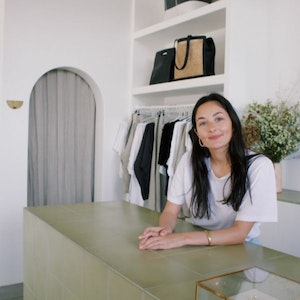 The Five at Five: St Agni 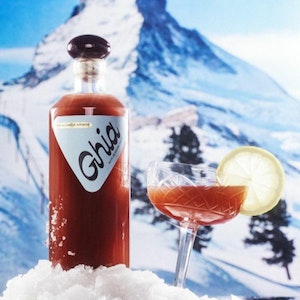 Shop small to make a difference.