This week: Can music festivals weather the summer storm?

Beer gardens, fluorescent bumbags, and plenty of sun cream, festival season is in full swing. But in a deeply relatable turn of events, the industry’s bounce-back hasn’t been an overnight success.

• From Glastonbury to Afropunk, the summer’s most anticipated fests are already sold out, while smaller shows tell another story. After an uneasy recovery during the summer of 2021’s Delta surge, smaller festivals are now being walloped by rising costs and flatlining ticket sales, reports the Guardian. Marina Blake, the creative director of the Brainchild Festival, explained: “Artist fees are higher as people are trying to make up for income lost during the pandemic, production costs have increased and even just getting the labour to put the tents up was an issue.”

• Inflation is a real vibe-killer. As the cost of living rises, young people are thinking twice about doling out upwards of £200 for a weekend of fun. Some smaller festivals like Cornbury Park in Oxfordshire are trying to sweeten the deal by offering discounted Team Tickets (as in, group tickets) and emphasising add-ons like wellbeing retreats and exercise classes. In a crowded landscape with repeat artist lineups vying for the same few coveted summer weekends, only a specialised focus can break through the noise. Eventbrite’s 2022 trends report found that the future of festivals lies in greater variety, and you guessed it: niche fandoms. “Today’s seemingly endless entertainment options mean fierce competition,” the report found, “but savvy organizers can capitalise on the trend toward greater choice by spending time with fans on social media”

• Another trend in festivaland? Hybridisation. Yes, it’s another industry buzzword, but behind the mouthful of letters is an insight that might be of use. Pairing complementary activities can help grow an audience even when times are tough. Call it the Team-Ticket-Effect: “With more things to see and do, attendees are more likely to come with a larger group of friends,” Eventbrite’s report found. Pitchfork is giving it a whirl, partnering with the Tribeca Film Festival this year to combine music and film programming in a bid for the hearts (and attention spans) of New York’s culture crowd.

The generation of 1967 had the Summer of Love. (If you haven’t checked out Burst Gallery’s incredible collection of black-and-white prints of this era, right this way.)

And us? We’re still very much living in the summer of So, What Now?

SHAKE IT UP, BABY

From Woodstock to Live Aid, music festivals have always held a place in history as sites of societal and cultural change. And while modern anxieties abound, festival life may hold hope for community building in a post-pandemic future.

• A BBC report found that only 13% of UK headliners this year are women, despite many festival pledges to achieve a 50/50 gender balance by 2022. In the US, it doesn’t look much better. In contrast, about half of festival-goers are women and non-binary fans, a Nielsen study found, and some have decided that a more gender-inclusive future can’t wait. In May, the UK’s first queer camping music festival was held as Flesh Festival, where 90% of the talent lineup were women, trans and non-binary artists. Organiser Sam Togni told the Guardian, that the mission of the festival is “to celebrate our community, especially after being separated from it for so long and seeing so many parties, clubs and events around the world forced to shut down.”

• Harry Styles’ recent London pop up with Appear Here for the launch of his gender-neutral beauty brand, Pleasing, was a masterclass in how hybrid experiential pop ups can create new avenues for music artists to connect with their fans. The popstar and heartthrob-in-chief opened a series of shops in London and across the US on the eve of his album release for Harry’s House, both of which were hotly anticipated by fans who queued around the block. In May, South Kilburn born rapper Knucks saw a similar opportunity to bring his music to the physical world, celebrating the release of his latest project, "Alpha Place” by offering fans a mix of merch and music at another Appear Here pop up.

• Recent coverage of the urgent environmental impacts of the music festival industry is paving the way for more climate-responsive touring practices and festival standards. In 2021, the band Coldplay announced that they would pause their touring schedule until they could produce carbon neutral shows and in 2019, the band Massive Attack commissioned a survey on the music industry’s impact on carbon emissions. Despite an industry plagued by climate-related cancellations and single-use plastic, UCLA professor of environmental communication, Jon Christensen, predicts that music festivals will adjust. “The desire to celebrate together through music will not be ­repressed,” he said in an interview with the Washington Post. “If we can’t have beauty and joy while addressing the climate crisis, we won’t succeed.”

From virtual concerts in the metaverse, to IRL pop ups where music and merch collide, the verdict is out on just how the music industry will evolve in 2022.

One thing is for certain though: The times, they are a-changin’. 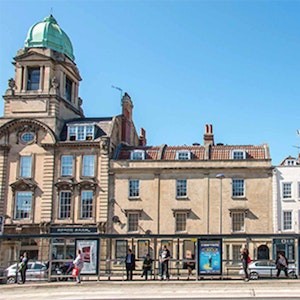 Neighbourhood guides: Live like a local in Old Market, Bristol

Stepping into Bristol’s Old Market Quarter will land you in the heart of one of the most historic areas of the city. 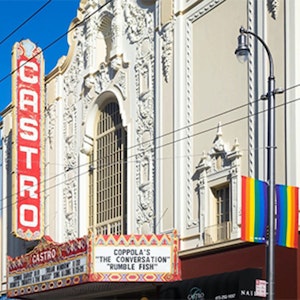 Neighbourhood guides: Live like a local in The Castro, San Francisco

The Castro neighbourhood of San Francisco was labelled the ‘beating heart of LGBTQIA+ pride’ by The Culture Trip.