This week: Imagining what the experience will be like – when we’re allowed out to shop, gawk, browse, eat, and practice being human again.

Pop quiz: what percentage of overall sales does online now represent worldwide? Answer: 16%. After a paradigm-shifting year, that’s smaller than you expected, eh? Even Facebook’s latest earnings report warns of “the pandemic-era e-commerce boost backsliding” as more people are vaccinated.

So let’s all take a breath, check our preconceived notions, and look at some facts.

• For brands playing the long game, brick-and-mortar is an integral part of their strategy. Allbirds is adding to its list of stores. Allure magazine is opening a shop in NYC featuring editor-curated products. “I think consumers today shop through media… the store we’re going to open is built entirely around that sort of future – this immersive environment which is created by experts,” said Markus Grindel, an MD at Allure’s publisher Condé Nast. Execs at Isabel Marant have more doors planned for 2021, citing its strategic locations in pedestrian neighborhoods for helping it remain profitable. (Sidenote: this tracks with the rise in the UK of local shopping as people stick closer to home).

• A COVID trend that will have knock-on effects for in-person retail? Remote working, which analysts believe is here to stay. “Fewer commutes will scramble consumer mobility patterns, which determine in large part how people spend their money,” reported Bloomberg. It’s looking like where they spend is also changing. In the U.S., where Tennessee now tops the list of states people moved to last year, smaller cities are poised to become powerhouses. “One of the companies on the move could take off… and trigger the complex domino effect that creates a new hub: a Quantum Valley in Austin, or Wall Street South in Miami,” wrote Derek Thompson in The Atlantic.

• Online is oversaturated. “In 2021, what’s old will be new again in marketing,” ran a headline in Clickz. Corporate-speak: “The future of marketing is experience first, no matter the use case.” In plain English: everyone just wants to have a good time. Look no further than 7-Eleven’s latest three-birds-with-one-stone effort – a new experiential concept store, launching as an Airbnb, transformed into a “gaming palace” for the occasion. Sanitizer included, of course.

We’ve been livin’ in a waist-up world for far too long. What’s shopping going to be like when we’re let loose? (We promise, we won’t say “immersive” again).

• “Experts suggest that brick-and-mortar stores are about to get more fun, because they’ll be devoted exclusively to entertainment and discovery,” reported Fast Company. British skate brand No Chaos is opening a Covent Garden store this spring, replete with a basement half-pipe and arcade. With ambitions of being “a hub for all skate lovers,” co-founder Jamie Wilson points to their subterranean fun zone as a way to “reach and entertain more of our customer base.”

• In a world where safety is still top of mind and everyone’s been dealing with decision fatigue, retailers are going small. “[Brands] are betting that when we do venture out… we will want stores that do not overwhelm us,” reported Forbes. Ikea is set to unveil scores of small-format locations worldwide. Fashion label Norwegian Rain opened a “Compact Store” in Copenhagen at the end of last year, with only six styles on display. Even grocery stores are downsizing, with flexible floor plans that incorporate community event spaces.

• It’s going to be about connection. To make people feel good in a place, there’s really no tech needed. “Although the experiential world has become obsessed with technology, this experience showed me it doesn’t have anything to do with tech,” said Karen Genauer, who collaborated with friends, local artists, and out-of-work chefs to create Triangle Loft, hosting COVID-safe lounges in NYC’s Meatpacking district. “You need humans to create that experience. It just doesn’t happen otherwise.”

Online shipping is convenient, but there’s nothing particularly amusing about it, is there?

Calling retail “experiential” may have felt rather redundant before, but when we’ve missed out on experiencing experiences for a year, it’s become a distinction we crave.

It won’t be too much longer now, and oh, the places you’ll go! 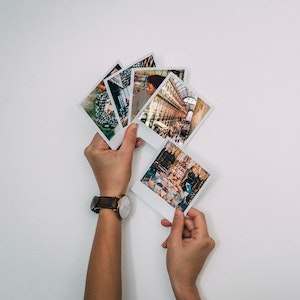 Imagining what the experience will be like – when we’re allowed out to shop, gawk, browse, eat, and practice being human again. 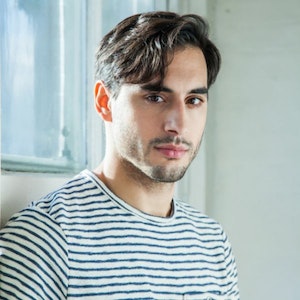 The Five at Five: Gastón Tourn