This week: How small businesses are responding to the Ukraine crisis.

It’s been one of those weeks where that question has been difficult to answer. You too?

Just a week ago, Ukraine was known as a European cultural scene on the rise for fashion, music, and nightlife and a vibrant hub for small business. But after Vladimir Putin announced the invasion of Russian troops this week, the country has transformed into a military battleground. Within days, the Russian invasion drove over 1 million Ukranians out of their homes to neighbouring countries. Many also left behind shops, restaurants and galleries that once made up the fabric of Ukraine’s cultural life.

• As governments around the world enact sanctions on Russia, the fashion world is flexing by combining creative, financial, and grassroots resources to support Ukrainians fighting back. Ukrainian fashion designer Anna October fled her home in Kyiv when the bombing started this week, and has been organising resources on how to best help relatives and friends on the ground ever since. Her eponymous label used carefully-selected Ukrainian factories to create garments from deadstock and ethical material as well as using old handcrafted techniques from her local Odesa when designing her collections. Now she’s supporting her community from Romania, pushing for pro-bono legal representation for refugees, gathering basic supplies to donate for those in need, and promoting opportunities for Ukrainian creative professionals affected by the war.

• In London, chef and food writer Olia Hercules, penned an essay for The New Statesman on how the conflict has divided her family, which spans across both southern Ukraine and Russia. Her approach to food taps into shared and regional culinary practices across Ukraine and Moldova to Azerbaijan and Uzbekistan, often drawing on her own family’s recipes and traditions. She’s been a leading voice on social media during the last week, circulating a petition calling for visa requirements to be dropped for Ukrainian refugees wishing to enter the UK.

• The Ukrainian founder of emerging creative talent platform 1Granary, Olya Kuryshchuk, wrote an open letter titled “Fashion Unites Against War,” calling on influential fashion houses to use their platforms to offer help to Ukrainians meaningfully. “Fashion is a trillion-dollar industry with gigantic cultural, economic, and even political influence. In times of crisis, it’s easy to dismiss that power, to call it superfluous, frivolous, tone-deaf, hypocrite, or non-essential. But our supply chains connect countries across the globe, our media reach masses of followers everywhere, our shared language of creativity is universal,” the letter read. Vogue Ukraine wants the fashion industry to take it a step further. The publication called for an embargo for all fashion goods to Russia, specifically calling out its largest partners such as LVMH, Prada, and Chanel. “Showing your conscience and choosing humanity over monetary benefits is the only reasonable stand one can take in confronting the violent behaviour of Russia,” read their statement, posted on Instagram.

The fallout from the conflict has rippled throughout the world and our own community, but the stories of generosity and resistance in response have been a bright spot of hope.

A LONG ROAD AHEAD

On the heels of a global pandemic that’s still lingering, the political upset has sent an already dizzy economy spiralling once again.

• In case you haven’t heard, the ruble is having a rough week, says the New York Times. As sanctions from the West run their course, you should expect to see higher prices in energy, grain, and some metals used in phone and car parts, meaning even transport could look pricey. In fact, you may be seeing those bigger numbers for a while: inflation has re-entered the chat. “We’re also going to see more product shortages,” predicted Glenn Koepke, who works for a supply chain consultancy in Chicago. “Companies are ramping up for summer volume, and that’s going to have a major impact on our supply chain.”

• Needless to say, companies based in both Russia and Ukraine are scrambling to ensure the safety of their workers and reeling from a pause in operations. But even companies outside the region will recognise a familiar foe of 2021: widespread supply chain disruptions. Oil and gas, car, airlines, and tech industries globally are already being squeezed, according to the Wall Street Journal.

• Fashion giants are already feeling the heat. As fighting worsened this week, brands like Nike and Net-A-Porter stopped all shipments to Russia, reported the Business of Fashion, citing logistical challenges. These two global brands are some of the major fashion retailers to have been openly impacted by the conflict, but likely will not be the last.

As always, one of the best ways to cope with the too-muchness of the world right now is to take action: show up to a protest, donate to relief funds, support local businesses in Ukraine where possible, and keep your political and business leaders honest.

We’ll be rooting for our Ukrainian friends and colleagues as the conflict continues to unfold. No gesture is too small — we hope that you’ll join us. 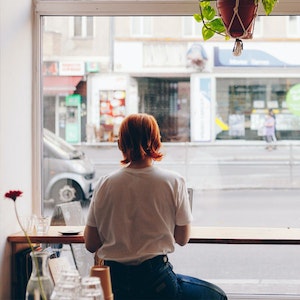 Neighbourhood guides: Live like a local in Neukölln, Berlin

Neukölln is renowned for its juxtaposition of old and new. Here are our favourite spots. 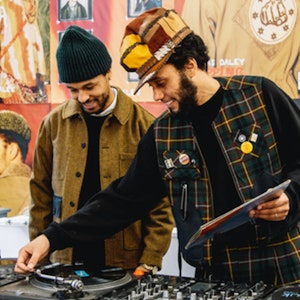 Nicholas Daley, launched his eponymous label after graduating from Central Saint Martins — and has been a wunderkind ever since.