Three successful brands that started with a pop-up

From Cadbury’s Crème Egg café to Kanye West’s 21 Life of Pablo stores, pop-ups have become serious business for brands. While companies with big budgets for big stunts garner a lot of headlines, it’s important not to overlook the role pop-ups play for smaller brands looking to get a leg up.

We spoke to three successful brands that started life with a pop-up to find out how this helped them get where they are today, and what advice they’d give to others contemplating their own pop-up.

Pizza company Homeslice started out as a street food business in the summer of 2011. It opened its first restaurant in Neal’s Yard in May 2013, and now has three sites across London, employing roughly 80 people and serving on average 8000 customers a week.

“When I started operating I would never have believed the growth the business has achieved over the past five years, as we were operating out of a homemade pizza oven and working in a business where at times you would be overworked taking on more events that you could handle, and others where you were sitting and waiting for the phone to ring,” says Ry Jessup, one of the company’s directors.

Making it through this stage is an important consideration for would-be entrepreneurs. “It’s really important to have faith in your product, to work hard developing it and have the confidence to stick with it,” explains Jessup.

He continues: “The thing about being unique is that not everybody will like what you’re doing, but that’s okay. Those that do like it will love it, and that is what makes it different. Starting a business means there will be highs and lows and it won’t be easy, but as long as you nail your product and commit to it fully, it will take you to where you want to be.”

For Homeslice starting out as a pop-up didn’t just have benefits in enabling the company to test the concept and gain exposure, but has also helped shape the direction of the business. “Having a pop-up was the start of the business and still remains a crucial part of our restaurants, as we try and keep true to our roots of street dining by having paper plates and napkins, and not having cutlery, so in many ways it was the start of the development of the brand,” says Jessup.

When it comes to what he would do differently if he was to start the business again, money is once again the big focus: “When we started the pop-up we had very little in terms of funds and investment, so we really relied on our creativity to get our equipment together and this resulted in us making a large amount by hand - meaning they weren’t necessarily the best tools for the job. Luckily, between the three of us we had the skills and perseverance to make it work, although not perfectly! “If I were to do it again I would have saved a bit more prior to starting up if only to make it easier on ourselves.”

The Bluebird Tea Co. has been selling its own unique blends of tea for just over three years. In this time it has expanded to three stores across the UK and around 30 employees. This includes the company’s thriving online business that sees tea sent to over 70 countries and some of the coolest restaurants and bars in the UK.

“We've always known we've got a strong concept with a lot of potential but have been really excited by how much people seem to love what we're doing,” says co-founder Mike Turner.

Pop-ups have been an important test bed at every stage of the company’s growth. “We've done multiple pop-ups, at different times. Initially they allowed us to test whether people would like our product, then as we built our customer experience we could test that. Then finally it's allowed us to test areas, promote ourselves and generate revenue,” he explains.

When it comes to advice for other entrepreneurs looking at holding pop-ups Turner keeps it simple: “Go for it! There is no substitute to getting in front of people and showing them your product! If anything, I'd do more of them if I could go back!”

Since starting life as a pop-up in July 2014, 26 Grains has been known for its exciting and imaginative porridge combinations. The company opened its first permanent café, which has a menu completely based around grains, in Neal’s Yard almost a year later, and has just moved to a new site in the same location.

Company owner Alexandra Hely-Hutchinson reflects on how having a pop-up helped the company reached this point: “It helped me get out there, test the concept, learn, reflect and continue.”

With a new recipe book due out as well, 26 Grains continues to go from strength to strength. Hely-Hutchinson explains how the move to a new site will enable it to grow even further: “Our old site enabled us to do a total of 15 covers, our new site will enable us to do 30.” She continues: “We're expanding our menu, opening times and now will serve alcoholic beverages. We employ a total of 15 people in the shop and about six for events around London. We have performed far better than I'd ever expect and I can't quite believe where we are and it’s exciting to imagine where we could go.”

If she was to start again with her first pop-up, Hely-Hutchinson says she would focus on making the best possible purchases. “I was very cautious about spending too much money, which helped us a lot and you shouldn’t spend beyond your means, but I'd learn to spend where I needed it a bit more, better cookers, fridges, packaging with branding etc. Everything needs to earn its place when you're in your early stages of business, but when it does, buy the best one.”

By Cate Trotter, Head of Trends at Insider Trends. 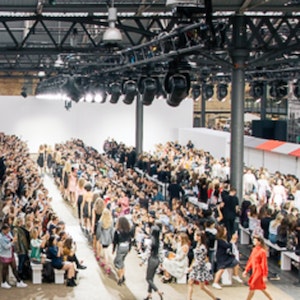 We collaborated with TOPSHOP to showcase 40 of London's hottest new makers and designers as part of their #LFW Showspace. 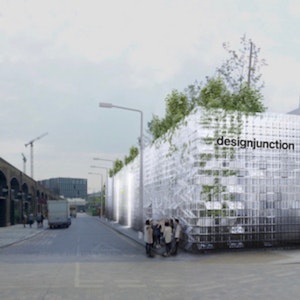 A conversation with Deborah Spencer of designjunction