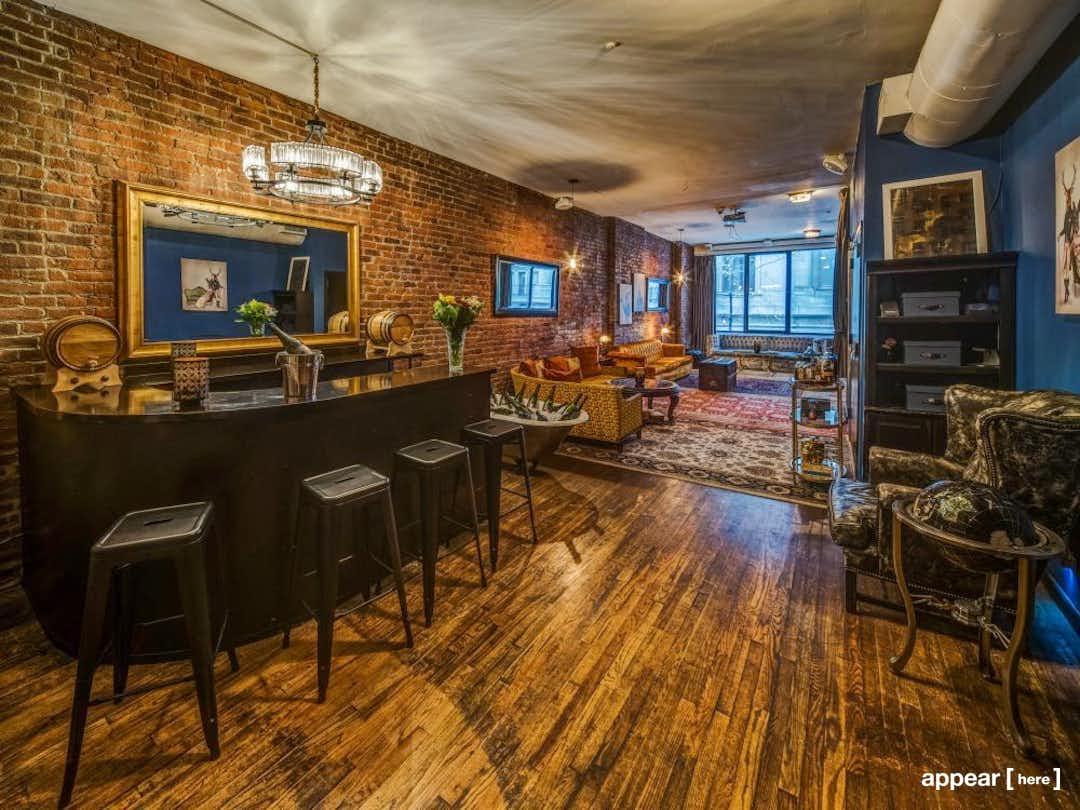 When people think of Midtown, they think of two things: Drab office buildings and tourist-ridden Times Square. But there’s more than just office drones and starry-eyed tourists – on West 39th, this section of Midtown is close to Bryant Park and the iconic New York Public Library as well as Broadway and the hugely popular Theater District. Located on the fourth floor, this event space includes a full kitchen, two bathrooms, and a whole lot of space.

Directly in between touristy Times Square and Grand Central Terminal, the crowd in this part of the city is a mixture of working professionals and visitors on leisure. Half a block away on 5th Ave is a shoppers’ paradise where you’ll encounter a sea of people browsing stores like BCBGMAXAZRIA, Zara, and Urban Outfitters all within a three block radius. During the week, Keens Steakhouse is where CEOs make deals over steak lunches. Saturdays are busiest with droves of people coming out to catch a Broadway show and a bite to eat. There’s no shortage of public transportation with your choice of the 42 St Bryant Park subway stop or 42 St Times Square Q/R and 7, both two minute walks away. Grand Central Terminal is about five minutes away.

On the ground floor of the building is Calle Dao, a Cuban-Chinese fusion restaurant and next door is an Indian restaurant. Across the street is Windfall, an intimate restaurant and bar. Around the corner is a Lord and Taylor department store.

This rate is for a 5 hour buyout for an event during the day.

Please contact a concierge to discuss pricing for longer or evening events.

Since this space is on the fourth floor, placing an eye-catching sign for more visibility wouldn’t hurt.