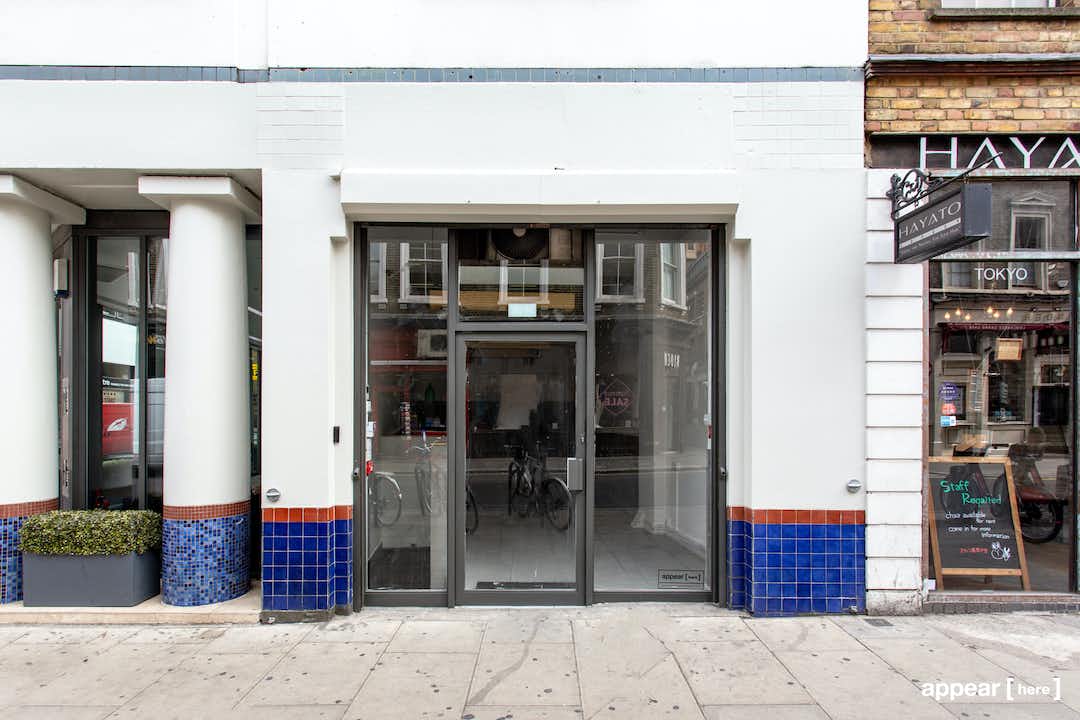 As you’d expect for a street with a theatre named after it, Drury Lane is a hotspot for fans of the stage. But it’s also home to a thriving food and drink scene, especially with the pre-theatre, post-shopping crowd. Suitable for both retail and grab-and-go F&B, this two-floored space to let is near the intersection with Long Acre and Great Queen Street, placing your idea in the middle of this busy cultural hub. View the 360 tour for this space.

The space needs a bit of sprucing up before it’s ready to go.

Read more about our licenses in our FAQs

The space is available to rent for a minimum of one month and a maximum of two years.

You can renovate and redecorate but the space must be returned white-boxed.