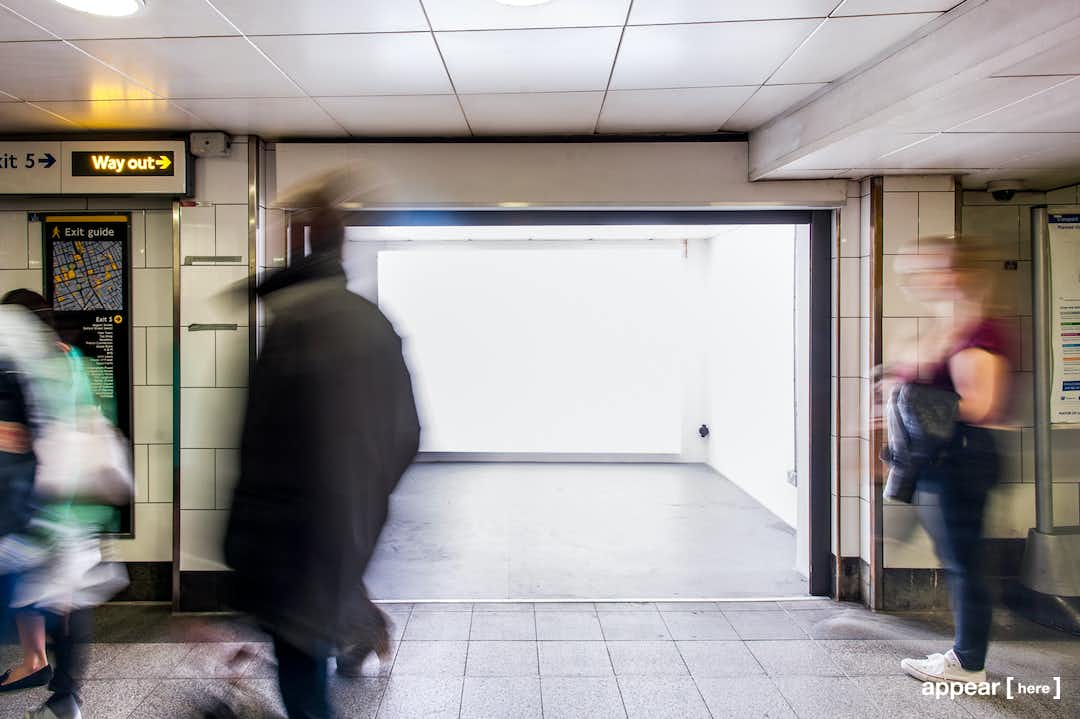 A gateway to the lively shops of Oxford Street, Oxford Circus is London’s busiest underground station. In 2014 alone it was used by over 98 million passengers. This space then, situated near the exit within the station itself, offers a big opportunity for a new retail idea.

Previously a WH Smith’s, this is a large bright room with two shuttered doorways that open into the station. It is below street level so there are no windows, however a huge lightbox installed on one of the walls creates an interesting feature and brightens the space. There is also a good sized separate storage room at one end.

Upwards of 200,000 people pass by this space daily, from city commuters to eager tourists looking to shop on Oxford Street and explore central London. Give them all a reason to linger a little longer, you can't fail to grab their attention.

Success Story: Wool and the Gang

The price of £2,500 p/week is strictly for retail use of this space, not for marketing, experiential, or food and beverage concepts. The landlords may consider experiential marketing proposals, although the rental price will be considerably higher.

The lightbox in the main space is 3m x 2m.

As the property is in a space used heavily by the public, there are a few more rules to follow than most spaces.

Due to the space being in an underground station, it is recommended that stock is covered overnight to protect from dust blowing up from the tracks.