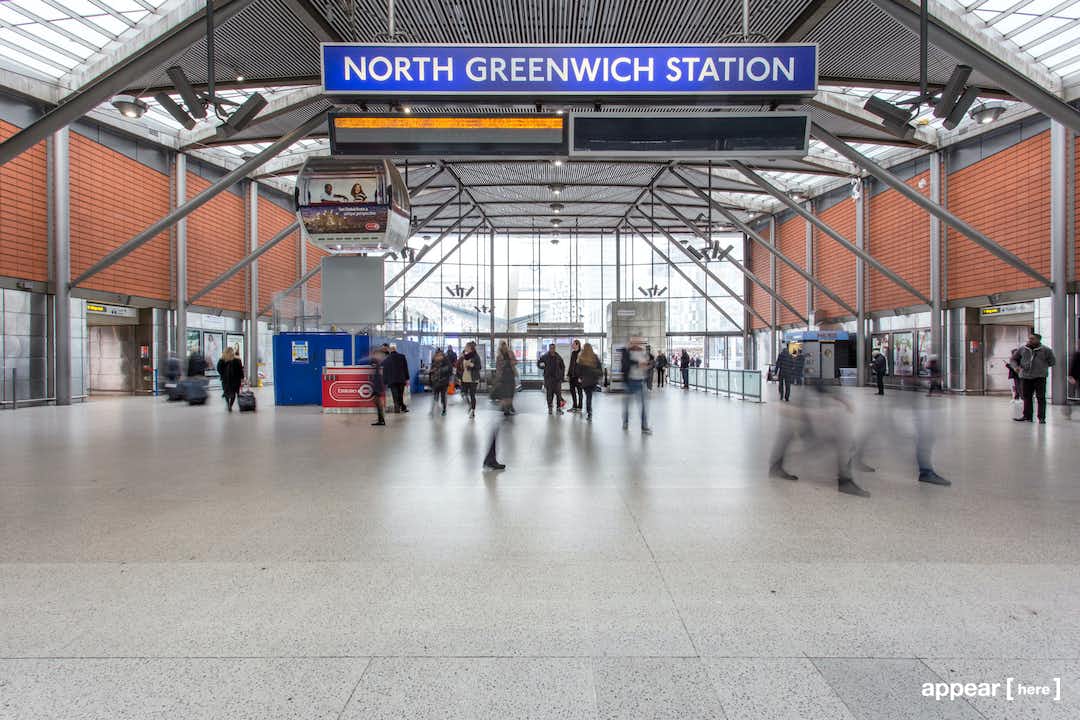 North Greenwich bus station is the gateway to Greenwich Peninsula and London's iconic O2 Arena. Rent this experiential space inside the station for your out-there idea and meet and greet some of the 9 million visitors that pass through each year.

Expect to see city commuters and young professionals heading to and from work during the week, with tourists and families visiting at the weekend. Meanwhile, concert days see an influx of people coming to and from the Jubilee line. Peak times are 8am-9:30am and 5pm-8pm during weekdays.

A two-minute walk from the station, both the Arena and Peninsula Square are home to a swathe of chain restaurants and bars including Five Guys, Gaucho, Wasabi and Nando's among others.

Parking is available subject to restrictions.

Storage is available at an external site.

This is a unique outdoor space inside the bus station. Brands must provide and set up their own promotional equipment.