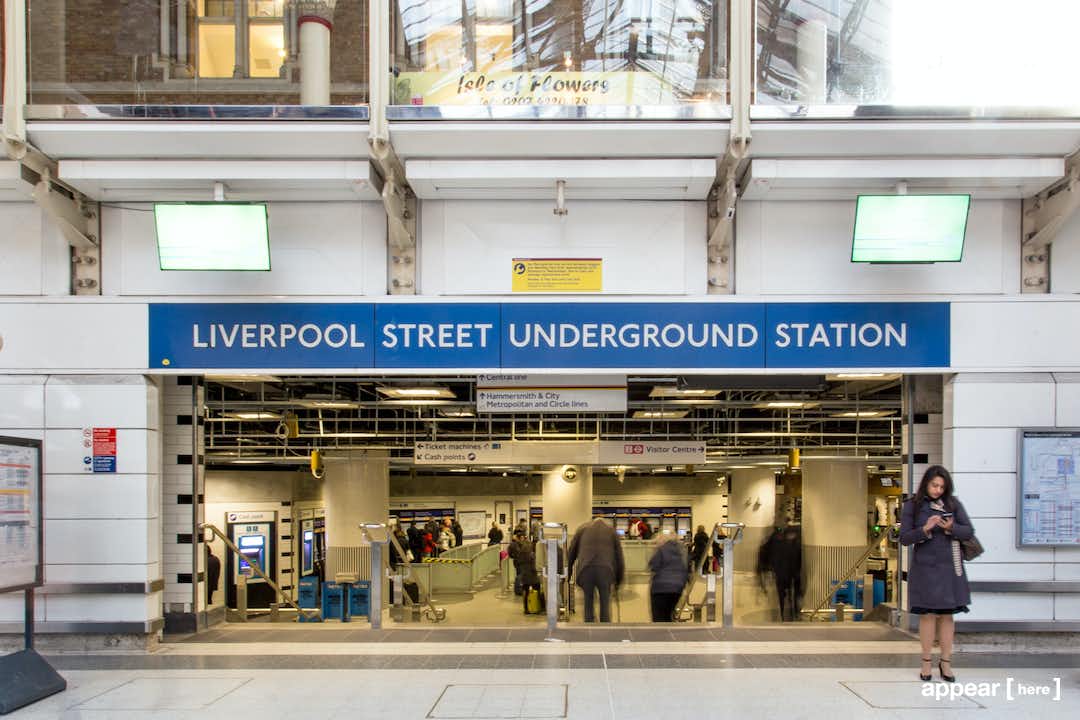 In this busy business district and melting pot of restaurants and bars, Liverpool Street is where the City's professionals can work hard, play hard. Liverpool Street train station is the UK’s third busiest, and this distribution or exhibition area in the ticket hall (in the small alcove at the foot of the stairs) could get your brand noticed by thousands of passersby each day.

More than 71 million people pass through Liverpool Street station every year. As well as City workers, this station is the gateway to Shoreditch for a lot of the younger, cooler crowd, too. In the week, rush hour choc-a-block really has to be seen to be believed. The weekends bring in plenty of tourists and Londoners lured by Spitalfields and Brick Lane.

The station itself is home to brands like Scribbler, Lush and Hotel Chocolat, two pubs (Hamilton Hall and The Merchant of Bishopsgate), and three Starbucks.

No parking at the station, deliveries need to be arranged through the Network Rail station manager.

Storage is restricted due to ongoing station works, one room can be used but it's very small.

The customer information boards (as seen in the photos) will be relocated before you move in.