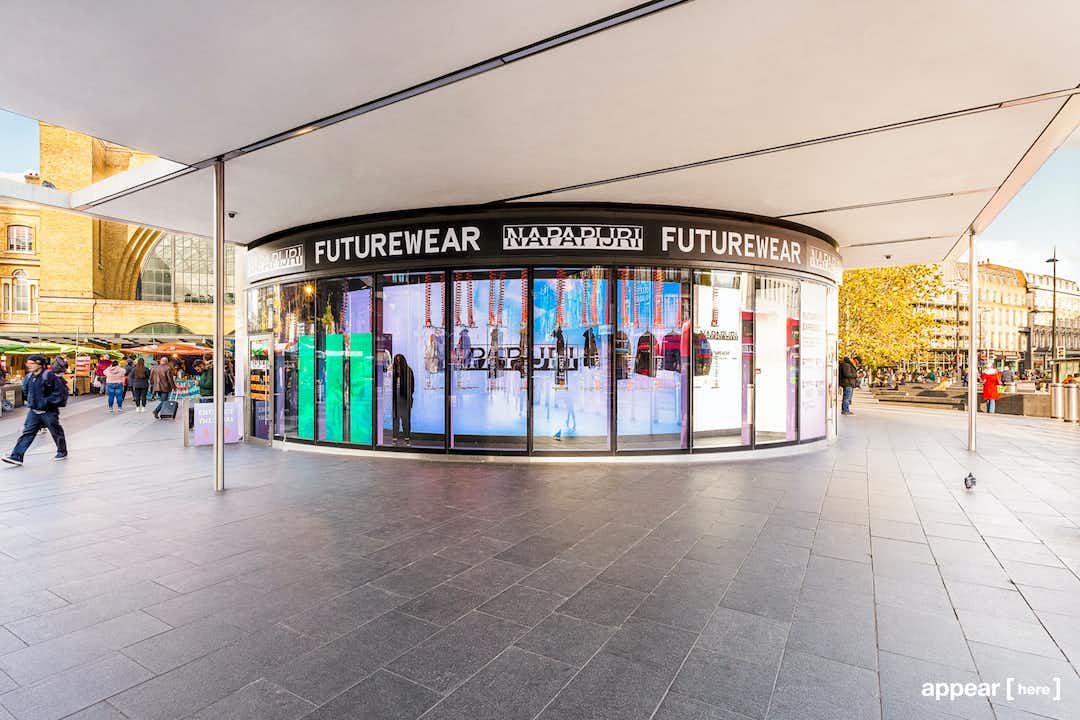 From a transport hub to a key shopping and dining destination in itself, King’s Cross station has plenty to offer. Over 95 million people pass through the turnstiles here each year. A space in the station’s forecourt will guarantee you attract the attention of many creating the perfect place for not only brick and mortar retail but also brand or product launches and experiential marketing.

Mornings bring a rush of commuters, office workers, too-early tourists, and students heading to Central St Martins arts college in the glorious Granary Square. Evenings are busiest thanks to the area’s thriving drinking, dining and music scene, but King’s Cross’s hotels, museums and Zone 1 location mean that there’s pretty much always an eclectic crowd passing through.

Inside the station you’ll be surrounded by brands such as Kiehl’s, Oliver Bonas and The Harry Potter Shop. The Great Northern Hotel, 6 star Marriot St Pancras Renaissance and Andre Balaz's new Standard Hotel are all nearby. Behind the station, King’s Boulevard is home to Nike and Carhartt.

This space is available to rent for a minimum of 1 day and a maximum of 1 year.
A1 only.

The space is as seen so it will need some work.