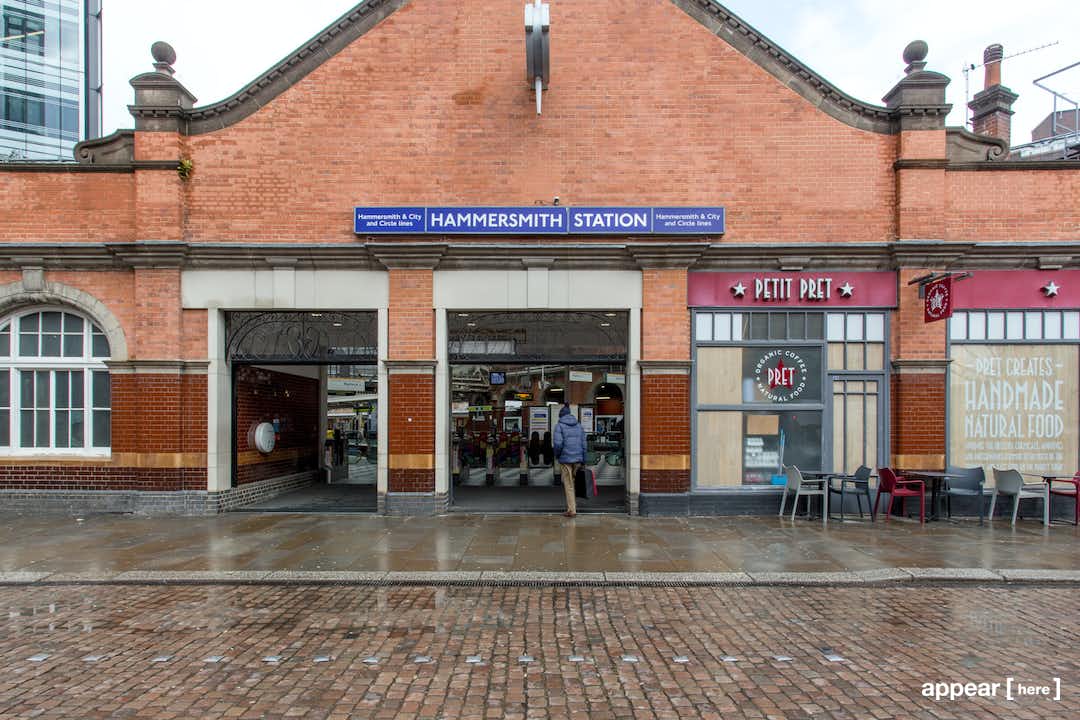 A thriving business district, Hammersmith is home to the head offices of Disney, Coca-Cola and L’Oréal. It's also the location for some of the top entertainment venues outside the West End: the Lyric Theatre, Riverside Studios and the Apollo. This pop-up experiential space inside Hammersmith station (serving the Hammersmith & City line) can get your brand in front of some of the 40 million people who come to and from Hammersmith each year.

Bordered by Chiswick, Fulham, Shepherd’s Bush and Kensington, Hammersmith is a major transport hub for West Londoners as well as concert goers heading to Hammersmith Apollo. The station is busy with commuters during weekday mornings; and weekends and evenings are much quieter.

A Petit Pret serves drinks and snacks next to one of the entrances. Restaurants Byron and Bill’s are next to the station, and The Swan and William Morris pubs are over the road.

No parking at station, but deliveries can be made using the bays on Beadon Road outside the station.

Storage is available by the main entrance.

This is a unique ground-level space inside the station. Brands must provide and set up their own promotional equipment.