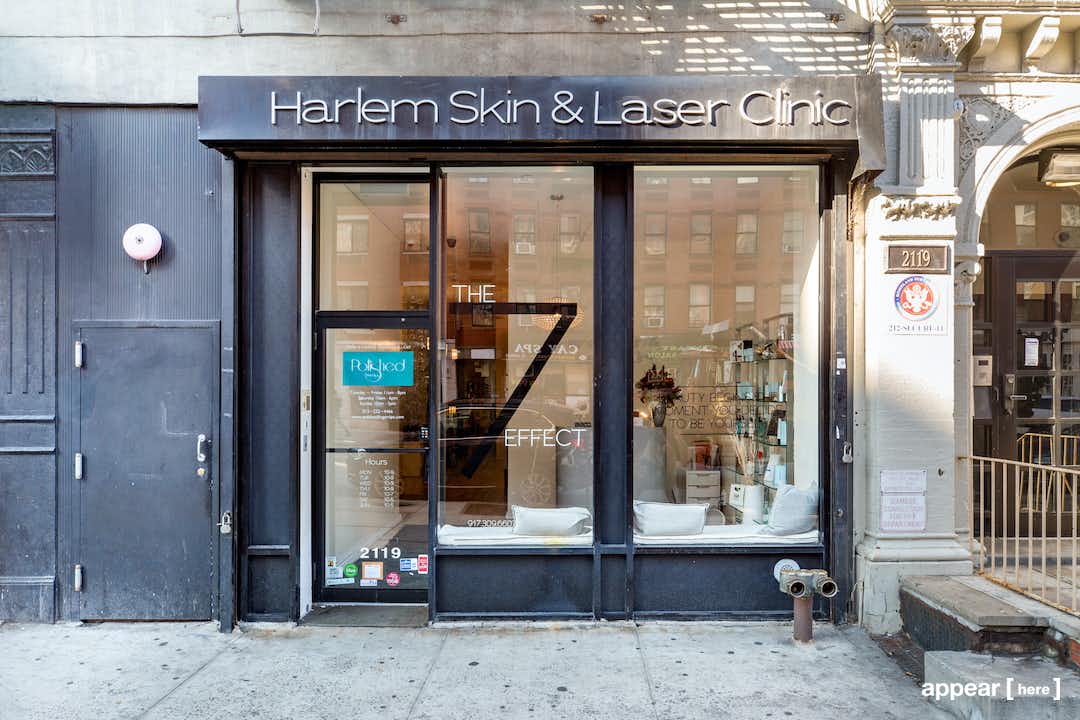 This stretch of Frederick Douglass Boulevard in South Harlem is the gateway to legendary Jazz haunts like Minton’s Playhouse, Paris Blues, and the Apollo. It’s even started out-cooling the likes of Brooklyn for hip creatives and new building projects. A former salon, the current fixtures and equipment can be removed to leave an empty and versatile retail space for rent.

Expect locals, Columbia University students, and the ambitious tourist to pass by on weekday afternoons, coming to and from the nearby Central, Marjus Garvey, and Morningside parks. Friday and Saturday nights attract foodies and jazz lovers.

Next door is Ez Wash Laundry, and Fresh Grill Deli. Across the street is Fantasy Beauty Salon, Cay Spa, and Land Yoga. Eclectic coffee shops and restaurants also surround you, including Café Frederick, Bier International for German food and Silvana for Israeli fare.

There's a back area (not pictured) which was not left in a good state by previous owners.

The Landlord is happy for brands to restructure the space and move and remove items as they wish. However, they're also happy for the salon equipment to be used, too.